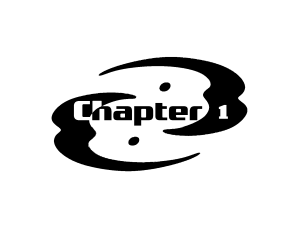 My name is Sahmad. It may be a name you’ve heard around the home fires of the Agori, or whispered by Glatorian as they stand watch. It’s a name spoken with respect, and with fear – and that is how it should be. History will tell you that I am a monster, a slaver, someone who made a living capturing my fellow Agori and selling them to the Skrall. I’d be a fool to lie and pretend I did not do those things – of course I did. But there is more to the story than just that. And there is one thing you need to always remember about history: the winners write all the books.

I am a member of the Iron Tribe, not that you could tell by the color of my armor – that’s intentional. Advertising that you were part of that tribe was – probably still is – an invitation to be ostracized, mobbed, even stoned. We’re not welcome in the nice little villages of the other Agori, good enough to share their food and drink, clean enough to trade with. We’re creatures for late night tales told to new guards: “Better stay sharp or some Iron Agori will get you.”

It wasn’t always this way, of course. A long, long time ago, well before the Core War or the Shattering, my tribe lived in the mountains of Bota Magna and worked the mines. We sent the iron we dug out of the rock to the Fire Tribe for forging, and in return they provided us with finished tools and weapons. We were rough and coarse, but we were honored for our hard work and treated like any other Agori. Iron Tribe members lived a life full of hard, honest work, and didn’t ask for anything more. Outside of some arguments with our neighbors in the mountains, the Skrall, we didn’t have any conflicts with anyone.

When the end came, it came swiftly and quietly, like a dagger thrust to the back. A few miners working on the outskirts of our land began to act strangely. They were distracted, quarrelsome, and as days went by they got worse. Asked if they felt sick, they said no. The only odd thing that they could report was that their sleep had been disturbed, for they had stopped dreaming. Most of us laughed. After all, what mattered was the strength of our backs as we carved metal out of rock and hauled it to the surface. What did it matter if our sleep was just that, sleep – unmarred by illusions and fantasies? And if you can’t dream, then you don’t have to worry about nightmares, right?

Wrong. If you can’t dream, your waking life becomes the nightmare. The affected miners went from irritable to violent in short order, and from violent to mad. Dreams, it seems, are needed to release the bad energies that accumulate in all of us. Without them, the mind tears itself to shreds in time. Worse, what we now saw as a plague was spreading. More and more of my tribe lost the ability to dream. Those whose condition was far enough along would die raving lunatics. Those who were most recently infected were seized by horror and desperation, knowing the fate that awaited them.

Some of us seemed to be immune – myself, Telluris, a handful of others. Naturally our neighbors were curious about why we were still able to dream. None of us knew the answer. That didn’t stop others in our tribe from talking about trying to find out, even if their efforts would mean our deaths. We banded together and hid in a cave, ready to defend ourselves against mad Agori who used to be our friends.

As things got worse, our village leader appealed to other tribes for help. The Skrall just laughed. The other tribes wouldn’t even allow him to cross the border into their lands. No one wanted the little bit of iron we still dug up, believing somehow it might carry the disease. All trade came to a stop.

When one of the still healthy Agori tried to join another tribe, he was driven off into the forest and killed by one of the beasts there. As far as we were concerned, he might just as well have been killed by the Agori who rejected him. Being a member of the Iron Tribe now carried a death sentence. If the plague didn’t claim you, your one-time trading partners would.

Telluris came up with the idea of using minerals to change the color of our armor and helmets, in the hope of passing as members of some previously unknown tribe and finding sanctuary. It was a stupid idea, but I went along with it. I don’t need to tell you how well it worked.

Still, we survived. We watched our tribe die off one by one until there were too few left in any condition to threaten us. We made our escape, but there was nowhere to go. Add to that, none of us were sure if one of the others might be a carrier of the plague, and you could see why we chose to go our separate ways.

I headed south, not knowing Telluris was as well. I lived off what I could scrounge or steal. I saw the Core War erupt, and saw Agori killed by weapons made from iron my people had mined, and I laughed. When the Shattering happened, I was in Bara Magna. I had found a wagon and gained the loyalty of a Spikit in the only way possible – I fed it. I didn’t know what the future had in store for me, but I had transport and I had hate. I would find a way to marry the two and gain my revenge.

Telluris took a different path. He started roaming the desert in a war machine based on the Skopio, acting like crushing a caravan or two would somehow make a difference.

I made other plans. I would turn the tribes’ Agori into commodities. I would sell them to the Skrall and leave them wishing they had died in the plague along with my friends.

Much has changed in recent days. The Skrall have been driven from Roxtus, two giant men made of metal are battling in the sky for reasons I cannot imagine. I have no doubt the end of the world is upon us, but before that happens I have a task I want to perform. Somewhere, someone knows about what happened to my people. They know if the plague was accident or attack, error or experiment. Before Bara Magna crumbles to dust, I am going to find those answers. And if someone caused this fate to befall my tribe, then I hope somewhere they are dreaming of me, and waking up screaming.