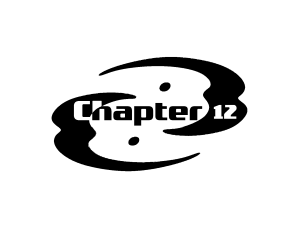 A long time ago, I stumbled on a nest of desert leeches. If you’ve never seen one, they’re disgusting little things. They nest on the ceilings of caves, and that’s where their young hatch. The babies cling to the roof, waiting for someone to pass underneath. Then they rain down on you, attaching themselves to any exposed flesh and feeding on your life energy. When you find yourself under a nest, the first thing you feel is anger. “How could I be so stupid as to walk into a cave and not look up?” And then the horror hits you, dragging your guts down to the ground, turning your arms and legs to water, making your spirit clench like a fist. It’s the worst feeling you can imagine.

And it’s how I was feeling right now as I watched the thing that had wiped out my people manifesting itself on the surface of Spherus Magna. It was bellowing its triumph in my head. I could hear it shout its name, “Annona,” as it exulted in being free after so many years underground. It had only stayed hidden out of fear of the Great Beings, and last time I checked, no Great Beings were around.

This wasn’t good news. I looked at my two companions. Telluris was never a picture of sanity to begin with, and this experience was close to rendering him catatonic. Metus was a greedy, backstabbing crook who’d been turned into a snake by this Mata Nui guy with a magic sword or some such thing. Now, he was back to walking on two legs, not sure how.

“What are we standing here for?” he was saying. “We need to run away.”

I shook my head. “Run where? Do you really think there’s anywhere this thing couldn’t follow? All we would do is wear ourselves out and make things easier for it.”

“I’ll get my Skopio,” Telluris babbled, referring to the war machine he built from scraps a while back. “That will save us.”

“Your Skopio is a pile of junk,” I snapped. “Not that it was much more than that when it was intact. No, we’re going to need more than that to stop something that turns snakes back into Agori.”

“Annona didn’t do that. What are you, nuts? Mata Nui never intended that snake thing to be permanent, I guess. Or maybe something happened to him. I don’t know. All of a sudden I was back to being myself again. Although granted, I still have a real craving for rodents.”

Through all this, Annona’s radiance kept getting bigger and brighter. It looked like a star, a red star – although I can’t recall seeing a star with tentacles before. It was… scouting, I guess is the best word for it. It fed on dreams. It would seek out a community and take that dream energy from them, driving them all mad in the process, and I had no idea how to stop it. Maybe it couldn’t be stopped.

I felt it pause. It had sensed a feast waiting for it. Where? Would it be back in the desert where the Bara Magna Agori were assembled or in some village in Bota Magna? Could its reach extend even to other worlds?

All I knew was that someone was on the menu, and they had to be warned, or they would end up like the Iron Tribe. Annona flared brightly. It was getting ready to leave, heading for its next meal. I started to run.

“You are crazy,” said Metus. “I’m not going anywhere near that thing.”

“Telluris, get moving,” I answered. “This thing – it’s going after your Skopio, you need to stop it.”

That was enough to get Telluris moving, but Metus was rooted to the spot.

“Stay,” I told him. “You’re only in the middle of nowhere, unarmed, with no idea how to get home, and no home to go to. Why should you come with us? After all, you have so much to lose.”

Metus cursed and started running toward us. Together, we leapt into Annona’s radiant sphere, even as it blinked out of existence. The next thing I knew, I was drowning. By sheer instinct I kicked toward what I hoped was the surface. My head broke the water and I gasped for air. When I had my breath again, I looked around, stunned.

I was in Aqua Magna. Metus and Telluris were nearby, gasping and choking. In front of us, about fifty yards away, was a stretch of beach and beyond that, rocky cliffs. Perched atop one of the cliffs was a fortress, gleaming in the moonlight, bristling with defenses and looking impregnable.

And there was Annona, slowly rising toward that fortress. I didn’t know whose fortress it was or who lived in it. I only knew they were all dead if Annona reached it. The three of us swam for the beach and started scrambling up the cliffs. Annona hadn’t noticed us or, if he had, simply didn’t care. But I knew we would never reach the top before it did – our fight was over before it started. Sure enough, Annona vanished from view well before we made it to the top of the cliff, particularly given what a poor climber Metus turned out to be.

The sight we saw when we reached the fortress was something out of a nightmare. Weird warriors, heavily armed, powerful, with what looked like grins plastered on their faces were busy battling empty air. Annona had diverted them with illusions just as it had us. Now it would conceal itself and feed until these warriors and anyone else here were dead. The radiance moved toward the vast doors of the fortress. Nothing stood in its way.

Nothing, that is, until the doors burst open from the inside, and something stepped out into the night. The newcomer was twelve feet tall, with golden skin and rippling muscles. Its eyes and face were vaguely reptilian, and it looked at Annona through the narrow slits of those eyes.

“I have come to feed,” said Annona. “Surrender.”

The golden being smiled. “You feed on dreams – and we would not exist without them. They are food for you, but we take them and make them real. And in so doing, we conquer and enslave. And thus it would appear you are destined to go hungry this night.”

Annona flared brighter, its radiance blinding. I couldn’t see anymore – only hear its voice, and that of its new opponent.

“And who will deny me my feast?” asked Annona. “You, a pitiful amalgam of lesser races, bandits, thieves, and – yes, one thought dead? An experiment in desperation. You would stand against me?”

I don’t know for certain what happened next. I heard a sound like the sky had ripped open. The ground shook violently beneath me, and then I heard Annona screaming – and one thing more.

The golden being said simply, “Yes, creature. I would stand against you.”