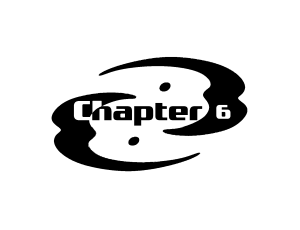 Pohatu glanced over his shoulder. On the wall that surrounded the village of Po-Koro, dozens of Matoran were gathered, watching him go. Grinning, Pohatu shaded his eyes with one of his hands and gave them a quick wave with the other. The villagers waved back and cheered.

“That was an interesting visit,” Pohatu said aloud to himself as he turned away again. “It’s not every day you find out you’re the Toa of Stone.”

He almost tripped on a protruding stone in the path. Glancing down, he saw three words spelled out in cobblestones beneath his feet –

“Hmm, now where have I heard those words before?” Pohatu murmured with a chuckle. The Turaga of Po-Koro had told him of many things – the strange, dark history of this island of Mata Nui, the mysterious masks that were hidden throughout the island, and best of all that there were five other Toa with powers as strong as his own.

As the village elder spoke, three words had come up again and again – unity, duty, destiny. These three concepts had given the Matoran a purpose, something to strive for always.

Now it was time to see the rest of this island.

Turaga Onewa said this mask I wear is the Kanohi Kakama, the Great Mask of Speed, Pohatu thought. Maybe it’s time to put it to the test.

He hesitated, wondering if it was wise to experiment with his powers when he still knew so little about how they worked.

But what was the worst that could happen? Gathering his energy, Pohatu directed his gaze toward the top of Mount Ihu – and ran.

The desert landscape passed in a yellowish blur, all details obscured by the Toa’s immense speed. After a moment the yellowish blur shifted into a brown one punctuated by flashes of green and then quickly grew paler again until all Pohatu could see around him was white.

He slowed to a stop. He was standing in a snowdrift overlooking a frozen lake. The steep slopes of Mount Ihu rose above him.

“Outrageous,” he said breathlessly, a smile spreading behind his mask. “Now that’s what I call speed!”

Leaving the frozen lake behind, he started up the mountainside. The Turaga had told him the main temple, Kini-Nui, was in the exact center of the island on the far side of Mount Ihu. It seemed as likely a place as any to look for the other Toa.

As he turned around to check his progress, he caught a glimpse of movement somewhere farther up the slope. A bird?

“Not unless this island grows its birds awfully big,” he muttered, staring at the silver-and-white figure gliding gracefully down a high mountain slope, powdery snow flying up in an arc behind his feet. No, there was only one thing it could be. Another Toa!

His heart pounding, Pohatu leaped up the slopes, gathering speed – careful not to go too fast. He didn’t want to overshoot his target.

He lost sight of his quarry for a few minutes as he tromped through a narrow valley. Grumbling at the snowdrifts, which came up to his waist in some spots, he glanced upward. At the top of the valley, a rocky bluff hid the higher slopes from his view. He clambered up toward it, finally leaving the deeper snowdrifts behind. Brushing the snow from his body, Pohatu gazed at the precipice standing in his way. If he had judged the distance right, the other Toa should be on the snowy slope just on the other side.

“Time for a shortcut,” Pohatu murmured. “I don’t want him to start skiing down that hill and get away from me. Besides, I might as well start getting used to this power of mine…”

Taking a deep breath, he hunched his shoulders and raced straight at the solid stone.