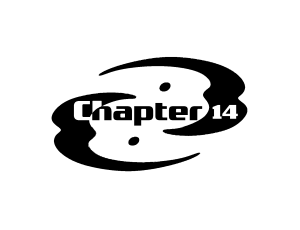 The six Toa wasted no time in traveling to the mouth of the nest. They climbed down its steep, rocky walls, avoiding the emerging Bohrok whenever possible and fighting them when not. Their progress was agonizingly slow, but eventually they left the glow of daylight behind and found themselves in a large, smooth tunnel leading deep into the earth.

The darkness swallowed them up. Occasionally a group of Bohrok hurried past. By pressing against the walls, the Toa managed to avoid attracting their attention. Though they hated the thought of more swarms emerging into Mata Nui, they knew their energy might be needed for whatever they found at the end of the tunnel.

Tahu found himself walking beside Onua. Lewa and Kopaka were walking close together at the front of the group, with Pohatu and Gali trailing just behind them.

“Keep an eye on Lewa,” Tahu murmured to his companion.

“Do you think he is still influenced by the swarm?” Onua asked, glancing forward.

“I don’t know what to think. But nothing can be allowed to interfere with our mission.”

Onua chuckled. “Lewa would say you sound like a Bohrok, my friend.”

Tahu didn’t bother to respond. Instead, he hurried forward to warn Pohatu not to let his guard down around Lewa.

A few minutes later, there was a scraping sound as Pohatu ran his hand along the tunnel wall. “Have you noticed?” he commented, loudly enough for all to hear. “This tunnel wall – it’s smooth. No Matoran dug this. Or any Bohrok, for that matter.”

“Are you sure?” Gali asked.

“Gali, if there’s one thing I know about, it’s stone,” Pohatu reminded her. His voice held its usual light tone, but there was an undercurrent of worry. “I think something is very wrong here.”

Gali didn’t respond. But whatever it is, we can handle it, she thought. At least, I hope we can.

Just then Tahu shouted something from the front of the group. “What was that?” Gali asked Pohatu.

“An opening,” the Toa of Stone replied. “Tahu is going down to investigate.”

Gali nodded, watching as the Toa of Fire leaped off the edge of an opening in the floor. Moving forward with the others, she peered over the edge of the tunnel.

Suddenly a stone door slid over the opening and slammed shut, blocking Tahu from view.

Pohatu’s expression was grim. “And we may be trapped up here.”

The Toa spent the next moment or two trying to smash their way through the wall. But it refused to give, even after Onua’s pounding and Pohatu’s most devastating kicks.

Left behind without Tahu’s sword, the rest of them should have been standing in darkness. Kopaka was the first to notice that there was a reddish glow still lighting the tunnel. He pointed.

Spinning around, Gali saw that the Ice Toa was right. An enormous fireball was bearing down on them, filling the tunnel with its roaring, deadly energy. She desperately began pulling in water from the air around her, knowing that it was probably already too late. The only one who might be able to stop the lava now was –

“Stay back!” Kopaka yelled. “My ice can hold the lava at bay for a few moments.”

He aimed his sword of ice, freezing the lava solid. Gali breathed out a sigh of relief, though she knew Kopaka was right – his defense would hold only a few minutes.

Pohatu and Onua were still trying to break through the wall separating them from the next chamber. They pounded against the wall with power that could level a mountain. Still the wall stood, not even a scratch marring its smooth surface.

Lewa waved his arms, a hint of his old exuberance breaking through. “There’s nothing you and Onua can’t bring down,” he exclaimed. “So if this wall is still standing, it can’t be real! Stop believing in it – and it disappears!”

With that, he stuck one arm straight through the solid wall. Pohatu blinked, hardly believing his eyes. How could this be? He struck at the wall, feeling the impact shake his whole body as his fist bounced off the impenetrable surface. Then he looked again at Lewa, who had disappeared halfway through the “wall” by this time.

It couldn’t be – and yet it was. The wall was nothing but an illusion! What kind of creatures are we dealing with here, anyway? Pohatu wondered, a shiver of dread coursing through him.

Noticing that the other four Toa had disappeared through the wall, Pohatu took a deep breath. If they could do it, he could do it, too.

Stand aside, wall, he thought with a rueful smile. If I can’t get through you with my fists and feet, I suppose this way will do.

Trusting his comrades’ wisdom, he flung himself at the wall. This time, instead of bouncing off, he stumbled right through.

He found himself standing with the others in a small chamber lit by a strange greenish glow.

“What about Tahu?” Onua said. “We can’t leave him back there.”

The others agreed. But before they could figure out what to do, Lewa pointed out that the ground was getting hot. Was it more lava? Or –

“Everyone down,” Kopaka barked. “NOW!”

Kopaka rarely gave an order, but there was no disregarding the urgent tone this time. They all flung themselves to the floor – just as the cavern exploded around them.

Dirt, stone, and lava flew in every direction. In the midst of it was a tall red figure.

Tahu nodded. Then, a little breathless, he explained that he’d used his sword to heat the air in the cavern where he’d been trapped – the heart of the Bohrok nest itself. The air pressure had finally blown apart the nest, scattering the remaining Bohrok to the far corners of the tunnels.

Before the others could figure out what that might mean, they felt the ground giving way beneath them. The cavern floor groaned and split.

He tried to hold on to the walls, but the entire floor was falling away beneath his feet. He skidded through the yawning opening. All around him, he could see the other Toa falling as well.

“Use your levitation powers!” Gali shouted.

“And be ready for anything when we hit the bottom,” Tahu added grimly.

Each Toa called upon the levitation powers of his or her Kanohi mask, and they floated downward among the hail of falling stones and earth. The six of them finally landed in a massive, dimly lit, round chamber.

Kopaka found some deep niches carved in the otherwise smooth floor. Their shapes matched the krana they carried.

“I think this is where the krana are meant to go,” he said, placing one of the krana he carried into the proper slot.

The others followed suit. As Gali fitted the last of the krana into place, there was a sudden jerk in the floor below her.

“Whoa!” she cried, grabbing onto Kopaka’s arm to keep from being thrown to the ground. “What was that?”

More violent tremors followed. The floor, walls, and ceiling of the cavern shuddered.

“It’s begun!” Lewa cried, barely keeping his feet as the earth shook and shuddered beneath him. “The end of the Bohrok!”

“What do you mean, brother?” Gali shouted.

“What do you know?” Tahu cried at the same time.

Before they could get any answers, the cavern walls groaned and fell away, revealing six enormous metal doors in the new wall. The doors slid back with a clang. Behind them were six identical tunnels shrouded in smoke and darkness.

Onua stared into the nearest doorway. “It seems,” he said slowly, “we’ve been invited in.”