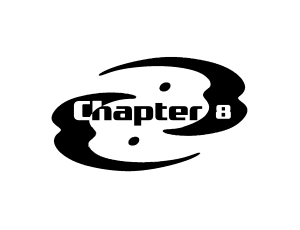 Turaga Vakama, elder of the village of Ta-Koro, sat in silence. The council fire had burned down to ashes. The Matoran, tired from their labors, had gone to sleep and the island of Mata Nui was quiet.

It should have been a time of celebration for the Turaga. The shadow of the insectlike Bohrok swarms and Bohrok-Kal had finally been lifted from the land. The Toa had returned from their struggle and joined with the Matoran to repair damage done to the villages. All were enjoying a rare feeling on Mata Nui: peace.

Only the Turaga stood apart from the joyous work. They knew many secrets about the past and the possible future. The time had come to decide if those secrets should be shared.

“We have to tell the Toa the truth,” Turaga Nokama of Ga-Koro insisted. “They have earned this through their great deeds. How many times have they saved us all from Makuta’s power?”

Onewa, Turaga of Po-Koro, shook his head. “That is true, sister. But they have done so without knowing any more than was necessary about the past. I prefer it stay that way.”

Nokama began to reply but was cut off by an angry string of clicks and whistles coming from Turaga Nuju of Ko-Koro. Matoro, Nuju’s interpreter, struggled to keep up with the rapid speech. “Um, Turaga Nuju says…” Matoro began. “Oh, no, I can’t say that about Turaga Onewa!”

Nokama tried not to smile but failed. Even Vakama chuckled, saying: “Our friends from Ko-Koro always go right to the heart of the matter. Still, Onewa has a point. We know all too well what can happen when knowledge is in the wrong hands.”

“We also know, brother, the heartpain of not being trusted ourselves,” Turaga Matau from Le-Koro said. “I say the Toa are wise enough and strong enough to know all. They must know all if they are to fulfill their destiny!”

Onewa slammed his stone hammer on the ground. “Destiny? Let them show unity first! Since they became Toa Nuva, they have done nothing but argue with one another. Kopaka squabbles with Tahu, Gali avoids speaking with either of them… are these the acts of worthy Toa?”

“There was a time, hammerer, when Toa argued quite often,” said Nokama. “I am quite sure you remember. Yet somehow they found the will to do what had to be done.”

“That was… different,” Onewa replied with a shrug. “Perhaps these Toa do not have the same wisdom.”

“Wiselearning is hard to come by, if no one will teach,” said Matau.

Whenua, ruler of the underground village of Onu-Koro, had said nothing throughout the debate. He had merely sat and listened to the worry and the anger, the hope and the fear. It was not so different from listening to the sounds of the earth, hearing the approach of a quake or the roar of a subterranean river.

Finally, the wise Turaga rose from his seat and looked around at his old friends. “Brothers… and sister… the Onu-Matoran live in darkness. It is our way. We thrive where the light does not reach, and when we walk on the surface, we must shield our eyes from the sun’s glow.”

Nuju clicked something in response. Matoro opened his mouth to translate, but Vakama held up a hand. “Be at ease. I believe we all can guess what he is saying… and the answer is Whenua will make his point in his own time, as he has always done.”

“When I was younger, I believed all answers could be found in the past,” continued Whenua. “I still believe the past should be our teacher. Not so very long ago, the Toa came to our shores and brought hope. They defeated every danger that threatened Mata Nui… and as Onewa says, they did it all in darkness. But what more could they have accomplished with the light of truth?”

“I must agree,” Nokama said quietly.

“Knowledge, my friends… knowledge is the key,” Whenua said. “Without it, for all their power, the Toa will not see. We must share our secrets.”

Now Vakama rose, firestaff in hand, and lifted his head to look at the six stars in the heavens above. “If they knew… If they knew what really happened in Metru Nui, how would they feel? Would they welcome knowing they are not truly alone, or be angry at our deception? How are we to know the right thing to do?”

“The same way we always know,” said Nokama. “We turn to legends. The Toa learned much in their quest for the Kanohi Nuva masks. Stripped of their powers, they still found a way to succeed. Perhaps in the tales of their adventures, we will find the answers we seek.”

“I have heard the tales,” answered Vakama.

“Heard, yes… but have you listened?” said Nokama.

Vakama thought about her words for a very long time. Perhaps Nokama was right. There might have been something in the Toa’s most recent deeds that he had missed.

He returned to his place in the circle. “Once again, the Turaga of water proves to be the wisest of us all. Very well, then. Each of us will tell a tale of the Toa’s search for the Kanohi Nuva. At the end of our storytelling, we will make our decision. Now, who shall begin?”

Vakama’s answer was a burst of clicks and whistles from Nuju. Matoro nodded and reported: “The Turaga says… he says you have all created enough hot air to melt the glaciers of Ko-Wahi. He will tell his tale first, and no more will be needed after that.”

“Ha! I sometimes think, brother, that too much time in the ice and snow has caused your brain to freeze,” Onewa said. “Allow a true story-teller to share a tale!”

Nokama laid a gentle hand on Nuju’s arm. “My friend, I have no doubt your story will be the greatest of all and make ours look poor by comparison. So why not save it until later in the evening, when it will be most appreciated?”

In all the time he had known her, Nuju had never been able to say no to Nokama… not for long, anyway. He looked at Vakama and gave a nod.

“Then it is settled,” Vakama announced. “Begin your tale, Onewa, for we are turned to hear.”

Onewa smiled. “And well you should be. My story begins in the vast, frozen regions of Ko-Wahi, on a very different night from this. A night when it seemed that all was lost for the Toa and Mata Nui itself…”