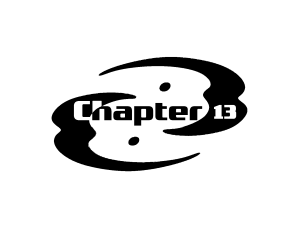 “Next time, I’m picking the teams,” grumbled Onewa, Toa Metru of Stone. He had been trudging along behind Vakama, Toa of Fire, and two of the Matoran for the better part of an hour. He hadn’t bothered to keep his unhappiness a secret.

Nuhrii said nothing. A Matoran from the Ta-Metru district, all his energies were focused on finding the disks. In his mind, he saw himself showered with praise for helping to save the city and maybe even having a Mask of Power named after him someday. Turaga Dume, elder of Metru Nui, might even want a Matoran of such courage as an advisor.

The other Matoran on the journey, Ahkmou, was a Po-Matoran carver. He turned back to look at Onewa and said, “Since when did Onewa follow the rules? Has becoming a Toa Metru made you soft? Leave these two fire-spitters behind and let’s find the Great Disk ourselves.”

“Sure,” grunted Onewa. “And maybe walk into another trap. Don’t think I’ve forgotten how hard it was to catch you, Ahkmou. I trust you about as far as I could throw the Great Temple.”

Vakama was tempted to tell the bickering Po-Metru natives to be quiet, but that would probably just make things worse. Maybe it had been a mistake using Kanoka disks to choose the teams. But they were easy to find, since every Matoran used disks for sport, and the three-digit codes on them offered a simple way to decide. The two lowest codes worked together, the two highest, and so on. It was just bad luck he had wound up with Onewa. They just could not seem to get along.

They had crossed the border of Ta-Metru a short while ago. Nokama, Toa Metru of Water, had found a series of clues to the locations of the Great Disks carved on the wall of the Great Temple. According to the inscription, finding the Ta-Metru disk required “embracing the root of fire.” Vakama and Nuhrii both knew what that meant, but neither wanted to speak about it out loud.

Onewa and Ahkmou looked around, uncomfortably. Their home metru was known for its wide, flat expanses where massive sculptures were carved and stored. Ta-Metru, on the other hand, was a land of fire, where molten rivers of protodermis were forged into masks, tools, and other objects. Buildings crowded in close and all of them reflected the red glow of the furnaces. The sound of crafters’ tools striking in unison and the hiss of cooling masks seemed to come from every side.

“Mine too,” said Nuhrii. “Why couldn’t we just take the transport chutes?”

Vakama frowned. He had insisted that they travel on foot, and Onewa had agreed. Taking the chutes would make it too easy for one or both Matoran to jump out midway and disappear into the streets and alleyways. “All right. But stay together and stay here.”

The two Matoran sat down. Vakama walked away, expecting Onewa to keep an eye on them, but the Toa Metru of Stone followed him. “Do you know where we’re going? What is this ‘root of fire’?”

Vakama gestured toward the buildings that surrounded them. “Well, you know about the Great Furnace in Ta-Metru, and all the smaller furnaces and forges here. The flames that feed them come from fire pits… the ‘roots’ of the fire. They are highly dangerous places.”

“Let me guess. Climbing down into one is against the law in Ta-Metru, so we’re going to have Vahki squads to worry about.”

“You had better be right about all this,” Onewa said. “Or it’s the last time I’m trusting you, fire-spitter.”

Vakama felt anger rising in him, and this time didn’t try to fight it off. “Do you have a better plan? These six disks are the only thing that can save Metru Nui. Unless we find them, the whole place is going to fall to the Morbuzakh!”

The Toa Metru of Fire pointed over Onewa’s shoulder, but his warning came too late. A twisted Morbuzakh vine snaked out of a chute and wrapped itself around Onewa, lifting the startled Toa into the air.

“My arms are pinned!” the Toa Metru of Stone shouted. “I can’t get free!”

“Hang on! I’ll save you!” Vakama said, thrusting a disk into his disk launcher.

“Hang on? Hang on to what??” The Morbuzakh was dragging Onewa toward the chute. Once inside, it would be too late to free him.

Vakama aimed carefully and launched his disk at the vine. When it struck, it sent bitter cold along the length of the plant, freezing it solid. With the pressure gone, Onewa was able to wriggle free. He hit the ground and looked from the vine to Vakama.

“Yeah, well,” he muttered. “I could have done that myself… somehow.” He idly swung his fist and shattered the frozen plant into a thousand icy shards.

Vakama turned and headed back toward where the Matoran waited. “You can have the next one then. Maybe if you grumble at it, it will go away.”

“Hasn’t worked with you,” replied Onewa.

Vakama didn’t answer. The spot where they had left Nuhrii and Ahkmou was empty. He felt a sinking feeling inside. If the two of them had vanished…

“There!” yelled Onewa. He pointed toward the two Matoran, who were fleeing in the direction of Po-Metru. The Toa of Stone whirled his proto piton tool above his head and made a perfect throw, the cable wrapping around Ahkmou’s legs. Smiling, Onewa began reeling in the Po-Matoran.

“Nice,” said Vakama. “But here’s an easier way.” He took out a teleportation disk, checked its three-digit code to make sure it was low power, and then hurled it from his launcher. It struck Nuhrii a glancing blow and the Ta-Matoran disappeared. An instant later, he popped back into existence right in front of the two Toa.

“I guess you weren’t that tired after all,” said Vakama. “So let’s keep moving.”

“So have you ever visited these fire pits before?” Onewa asked.

“No,” Vakama said softly. “Even mask makers are not allowed near them. The risk is too great.”

“Not only that,” said Vakama. “If anything happened to the flames in those pits, production in Ta-Metru would come to a halt.” Seeing the lack of reaction on Onewa’s face, he added, “There would be nothing for the Po-Matoran to carve.”

They were working their way slowly toward the center of the city, trying to keep off the busier avenues. Onewa insisted the two Matoran stay close, while he himself kept scanning the alleys. Vakama did not need to ask why. They both could sense they were being followed.

At one point, just after they rounded a corner, Onewa gestured for them to flatten against the wall. They waited a long moment, but no one went by except the occasional Matoran. Finally, Onewa peered around the edge of the building and shook his head. “Not there.”

“Who do you think it is?” asked Ahkmou.

“Guess,” answered Onewa. A four-legged creature named Nidhiki had been chasing Ahkmou when Onewa found him. The same powerful being had been responsible for sabotage and traps encountered by the other Toa Metru in their search for the Matoran. Whoever he was, he did not want the Toa finding the Great Disks.

“Maybe we should get off the street,” Vakama suggested. “We can take a shortcut through –”

“The protodermis reclamation furnace,” Nuhrii finished. “The rear exit would bring us out near the fire pits.”

“Lead the way,” said Onewa. “All these fires, flames, and furnaces look alike to me.”

The protodermis reclamation furnace was relatively small as Ta-Metru furnaces went, but its fires were just as hot and had plenty to burn. Damaged masks, tools and other items were sent here from the reclamation yard to be melted down. The resulting liquid protodermis was then fed through special channels back to the forges, where it could be used again. What went into the furnace was little more than garbage, but what came out might become something wonderful in the hands of a skilled crafter.

Its function made it ideal for use as a shortcut to the fire pits. For one thing, the place ran itself. Few, if any, Matoran actually worked there, so the building would most likely be empty. The Nuurakh, the Ta-Metru Vahki squads, did not bother patrolling in the area. After all, who would want to steal trash?

Vakama led the way as they slipped into the side entrance. The only light inside came from the fire in the furnace. The building consisted of a wide catwalk that ran along all four sides and looked down upon a long chute. The chute ran through the center of the building, carrying items directly from the yards to the flames. The air inside was heavy with smoke and the smell of melting protodermis.

Onewa walked to the edge of the catwalk and peered down. He had never seen anything like this. In his home district of Po-Metru, goods arrived already shaped, and carvers added the finishing touches. Watching masks and tools move slowly through a chute toward destruction was incredible and even a little frightening.

Vakama joined him. “Sometimes I am not sure I like this place.”

“It keeps us from learning from our mistakes. We just melt them down and make them go away.”

Neither Vakama nor Onewa had time to react to Nuhrii’s shout. Twin blasts of energy struck them, sending them tumbling over the catwalk and through the energized walls of the chute. They hit hard and lay there, stunned, as the chute moved them closer and closer to the white-hot flames.

Nidhiki stepped out of the shadows. The two Matoran had run away, but there would be time to find them later. For now, he wanted to enjoy his victory over the two Toa Metru. He looked down at the unmoving forms of Vakama and Onewa, his dark laughter mingling with the crackling of the flames.