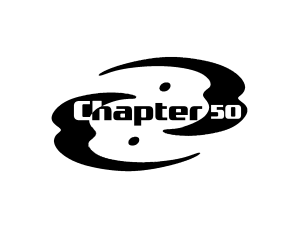 Whenua turned his head slowly back and forth, his Mask of Night Vision illuminating every corner of the tunnel. There had been no further sign of any monstrous Rahi, but that did nothing to ease his mind.

He knew he should share his suspicions about the two creatures, one living and one dead, encountered so far. But what if he was wrong? What if they were not the Rahi he remembered, and there was no connection to the project? Then he would not only have exposed one of the most closely guarded secrets in Onu-Metru, but he would have made a fool of himself in the process.

No. If I’m wrong, then my silence does no harm, he decided. And if I’m right… I don’t even want to think about that.

The transport suddenly lurched with such violence that Whenua was almost thrown over the side. He turned to see Matau fighting the controls and the other Toa Metru scattered like fireflyer bugs in a stiff wind.

“What in Mata Nui’s name are you trying to do?”

“We have to go back,” Matau replied, as if it were the most obvious thing in the world. “We belong back in the city, doing our jobs. Hang on tight.”

The transport lurched again as Matau tried to force it into a U-turn in too narrow a space. Whenua recognized the toneless quality of the Toa of Air’s voice, as well as the undercurrent of conviction that he was absolutely doing the right thing. Whenua glanced up, the light from his mask playing across the ceiling. That’s when he saw them.

“Vahki!” he shouted, pointing up. A squad of seven Nuurakh, the Ta-Metru order enforcers, were hovering just below the tunnel roof. Their Staffs of Command were deployed. One had already hit Matau with a blast, turning him into their obedient tool.

Nuju fired a stream of ice at Matau. In a flash, the Toa of Air’s arms were pinned to his sides. That left the transport with no driver as it spun in rapid circles. Nokama ran, flipped, and landed beside Matau to take over the controls.

With no more reason to conceal themselves, the Vahki let loose with stun blasts. The Toa countered, Nuju using his elemental powers to create ice mirrors and reflect the energy bolts. Vakama tossed a spread of fireballs to give himself some cover. Then he rammed a low-powered Kanoka disk into his launcher and fired.

The disk struck one of the Vahki head-on, immediately triggering the disk’s “reconstitutes at random” power. As Vakama hoped, it scrambled the clockwork mechanisms inside of the Vahki, sending the enforcer into an uncontrolled plunge beneath the waves.

Onewa reached out with his Mask of Mind Control, but being mechanical, Vahki minds were not vulnerable to the mask’s energies. “Okay, we’ll do it the hard way,” said the Toa of Stone. Unleashing his elemental powers, he caused stone spikes to erupt from underwater, pinning three Vahki to the ceiling.

“Crude, but effective,” said Nuju. “But can you do this?”

The Toa of Ice triggered his Mask of Telekinesis, tearing a huge chunk of stone from the ceiling. It slammed down onto a hovering Nuurakh, sending the Vahki spinning out of control. The mechanical being crashed into a wall and collapsed, its works shattered.

Matau had broken free of his icy bonds and was struggling with Nokama. Whenua lumbered over and grabbed the Toa of Air. “Go see your friends,” he said, hurling Matau into the air.

The Toa crashed into the last two Vahki, stunning them both. Nokama maneuvered the transport underneath Matau and Whenua easily caught him as he fell. “There. This makes up for that time in the maintenance tunnels when you thought I let you fall,” said the Toa of Earth. Then he turned to the other Toa and said, “Any idea what we do with the junior Vahki here?”

Onewa nodded. Then he triggered his mask power, reaching into the mind of Matau. As a crafter, he knew just when a hammer was needed and when a more delicate tool would get the job done. He carefully applied the mask-energies to drive out the Vahki’s influence.

Matau shook his head like he had just awakened from a nap. “What happened? Why aren’t we moving? And, um, why is Whenua carrying me?”

A small figure watched the Toa sail with a mixture of curiosity and fear in his eyes. He had never seen these Toa before. Who were they? Why were they here?

His expression grew grim, for he could already guess the answers to those questions. Their fight with the Vahki had not fooled him. These six, whoever they might be, must have been sent by the city of Metru Nui. And they could only have come on such a dangerous journey for one reason: to capture him. They might even intend harm for his friends.

Yes, of course. After all this time, no one had forgiven or forgotten. They were hunting him and the others again and would keep on doing so until they were stopped.

I just wanted to be left alone, he thought. I didn’t want to harm anyone. But they don’t understand. No… it’s not that they don’t… they refuse to understand!

He turned away and slipped into a narrow crevice, beginning the long journey home. Dark thoughts swirled in his brain, and from them a complex plan sprang.

I will make them understand, he vowed. If I have to send their Toa back to them, crushed and defeated, to do it… then so it will be.

“Are you certain about this?” asked Nuju.

Nokama stood at the bow of their vessel, preparing to dive into the river. She had pulled Nuju aside a few moments before and whispered to him her intention of scouting ahead. Now the Toa of Ice looked at her with concern.

“I realize I am the last person you would expect to call for all of us to stay together,” said Nuju. “But we are facing completely unknown dangers here.”

“You’re absolutely right,” Nokama replied. After a pause, she added, “You are the last person I would expect to suggest that. Are you sure you’re Nuju, and not another shapeshifting Rahi?”

Nokama shrugged. “I won’t be gone long. The others probably won’t even notice. I just wanted someone to know, in case…”

Without another word, Nokama dove into the water and swam away. He stared after her for a long time.

Nokama plunged beneath the murky river. Although she did not have Whenua’s night vision power, her eyes had become used to piercing the darkness underwater. She swam slowly, looking right and left for any sign of danger.

The river teemed with little fish and some larger predators, but nothing of a size that would threaten a Toa. They seemed more frightened of her than anything else. She had expected more of the monsters that had appeared earlier, but so far this waterway seemed about as dangerous as the Archives aquarium.

She surfaced to grab a breath of air. That was when she noticed the carvings in the wall of the tunnel. The action of the waters over time had worn them away to the point where they could not be read, so there was no way to be certain when they were made or why. But that still left the question – who had done this? Had someone else from Metru Nui made it through the Great Barrier in the past? Or did some other beings live in the world beyond, and this carving was their handiwork?

She went back beneath the surface, this time looking for other carvings. Instead, she spotted what looked like a loose rock in the wall. On closer examination, she found that the stone was not only loose, but it was not even a natural part of the wall. Its edges were smooth, as if it had been carved in Po-Metru. Another of the same was fitted on top of it, and another, and another.

Her eyes followed them up the side of the wall to the ceiling. The rocks were holding a much larger slab in place, but if they were to become dislodged…

Someone rigged this, she realized. Replaced the stones in the wall with these so that the slab could be brought down on anyone journeying this way. But why? And who knows how many other such traps there might be?

She turned and swam as fast as she could toward the Lhikan. The other Toa had to be warned.

We are not alone here.

Nuju still stood, watching for Nokama. Now and then he would create a small shower of ice crystals and toss them into the water. She had been gone too long. He would give her a minute more and then tell the others they had to launch a search.

The transport lurched, swinging violently to the right. Nuju turned and saw Matau angrily striking the wheel and muttering to himself.

“It won’t go!” growled Matau. “Everything is working, but it is not swim-speeding.”

“Nokama understands watercraft better than any of us,” said Vakama. “Where is she?”

“She went for a swim,” Nuju replied. Before the others could question him further, he said, “I will dive and check. Perhaps we are snagged on something.”

Nuju was not, in fact, that much bigger a fan of water than were Matau and Onewa. But he preferred a swim in the river to having to explain where Nokama had gone and why he had not informed the others. He wasn’t sure himself why he had respected her wishes. But she had earned his respect, which was not an easy thing to do.

Below the boat, he found his diagnosis had been correct. A number of the legs that acted as oars were caught by some kind of seaweed. He used an ice dagger to cut some away and his Mask of Telekinesis to move a bit of the rest, but more always appeared. If he was going to clear the boat, he would need help.

He kicked hard to propel himself to the surface, only to find that he wasn’t moving up, but down. The seaweed had wrapped itself around his legs and torso and was dragging him toward the bottom. He tried to aim his crystal spikes to freeze the vegetation, only to have his arms pinned to his sides by the growth. Before he could react, a stray strand had yanked off his mask. Weakness flooded his limbs as the Mask of Power drifted to the bottom.

Now he could see his final destination more clearly and the sight puzzled him. He knew his mind was cloudy due to the absence of the mask, but he could have sworn seaweed was a plant. Since when did it have huge jaws filled with knife-sharp teeth, gaping wide to devour a Toa?

Since now, he said to himself. And weak as I am, there is no way I can stop it!