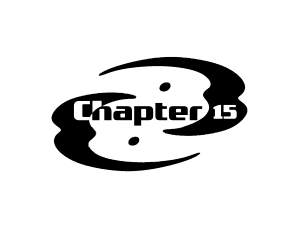 Matau braced himself and prepared to move. Vahki stun staffs affected the mind only, so he didn’t have to worry about physical damage. The trick would be dodging while stuck in the web.

“Surrender, intruder,” the Vahki repeated. Their voices were harsh, mechanical, and riddled with static. That was not half so disturbing as the fact that they even had voices. Vahki had always communicated via ultrasonics, never in an understandable language.

Matau heard Whenua’s earthshock drills revving. So did the Vahki, two of their number breaking off to investigate. “Whenua, watch out! Vahki!” the Toa of Air shouted.

One of the remaining Vahki unleashed a blast from his stun staff. Matau barely managed to duck his head out of the way. The bolt struck the web and promptly incinerated a large portion of it.

Behind his mask, Matau’s eyes widened. Vahki stun blasts couldn’t do that! They were specifically designed not to cause property damage or injure Matoran. What was going on here?

Another blast sounded to his left. He heard Whenua grunt and hit the ground. The other Toa would be there any moment, but there was no guarantee they would be in time. The Vahki’s bolt had weakened the web, not much, but it would have to be enough.

Matau threw himself forward as if he were going to do a somersault. Some of the web ripped away from his back, as his slicers cut through more. Twin bolts struck him before he could free himself, blasting him back through the web and into a clearing. He was loose, but close to unconsciousness.

Whenua was having his own problems. The Vahki had caught him by surprise, the impact from their stun staffs even more so. Now they were standing over him, demanding he decide between surrender or a sudden halt to his life processes.

He went with a third option. Sending forth his elemental power, Whenua caused two pillars of earth to rise rapidly out of the ground, carrying the Vahki high into the air. Then he sat up and sheared through the pillars with his drills, sending the robotic order enforcers plummeting to the ground. As soon as they recovered from the shock, they would go into flight mode, but that gave Whenua time to head back for the other Toa.

He was halfway down the path when he heard two crashes behind him. Looking back at the sparking, ruined machines, he wondered why they hadn’t thought to fly.

The two Vahki lay silent, their robotic bodies mangled by the fall. Then, with painful slowness, their mechanical parts began to twist and bend, reshaping themselves. Limbs that had been twisted beyond repair were now straight and whole again. Shells that had been all but shattered were made solid once more.

Light returned to the eyes of the Vahki. They rose, using their staffs as forelegs and listening intently for the sounds of intruders. Hearing something that seemed out of place, they quietly moved down the path Whenua had followed.

Their programming was crystal clear. Their duty, as it had always been, was to prevent disorder in the city of Metru Nui. Unfortunately, living creatures were a constant source of disturbance to the natural order of things. But although the recent cataclysm had badly damaged the city, it had also opened the Vahki’s eyes to a simple truth that changed their mission forever.

After all, there would be no disorder in Metru Nui… if there was nothing left alive.