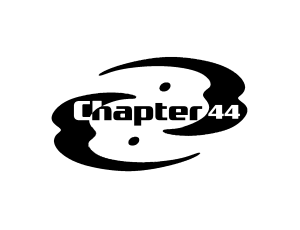 Roodaka and Vakama stood on the Coliseum balcony overlooking the ruins of Ta-Metru. He was still not sure why he had followed her out here. Perhaps it was curiosity… a desire to know his enemy better… or perhaps it was just a certainty that she would not have freed him if there were any chance for him to escape. Or perhaps he was genuinely interested in what she had to say?

No, no, he assured himself. That can’t be it.

The viceroy glanced around to make sure they were alone. Her voice dropped to a conspiratorial whisper. “Secrecy is such a burden, but Sidorak mustn’t know we spoke.”

“King of the Visorak.” She made no attempt to disguise the contempt in her voice.

“And he doesn’t know you’ve captured me?” Vakama was unsure whether he believed all this. Norik had told him of Roodaka’s talent for treachery. But why would she pretend to dislike her king?

“Not yet,” she answered flatly.

Vakama’s eyes widened. It was one thing to show a lack of respect for a king, quite another to be so open about one’s disloyalty. What was this creature up to? Despite himself, he was intrigued by the sheer darkness and danger of this Roodaka.

He looked to either side. Boggarak lurked in the shadows. “You’re not worried they’re going to tell him you said that?”

“They are loyal to me,” Roodaka replied.

Vakama almost laughed. “Right. Like you are to Sidorak?”

“Yes,” the viceroy said, her tone hard. “They obey me because I am strong. They fear me, and therefore do not dare to question my authority. That is leadership, Vakama. That is how the other Toa should treat you.”

She moved in a little closer, her words wrapping around him like a tentacle. “Maybe then they wouldn’t say such awful things…”

He glared at her. She could read the unspoken question in his eyes. How could she know of such things? And how much more does she know?

“The Visorak horde is legion, Vakama, and has twice as many ears,” she answered. Nearby, the Boggarak made a sound that passed for laughter among their kind.

Roodaka cut him off. “To do what? Hold you back? They’re not worthy of a leader like you… which is why I’ve brought you here.”

Vakama gazed out at the Metru Nui night. He could make out the familiar skyline of furnaces and forges, those that had survived the quake mostly intact. “Ta-Metru,” he said sadly. “When I was a Matoran, it was my whole world. It meant everything to me.” He turned to look again at Roodaka. “It still does.”

“It can be your home again, Vakama – to rule as you see fit. All you need to do is lead those who will obey you properly.”

Leaning in close to him, she hissed, “Lead the Visorak horde!”

Norik was halfway through the entrance to the Great Temple when he realized the Toa Hordika were not behind him. He turned and saw them still standing uncomfortably a few feet from the gateway.

“Is something wrong?” he asked.

Nokama looked at the others. Having experienced what they were feeling, she decided it was best that she speak for them all. “It might be best if we wait here. The Great Temple is sacred to Toa. Given what’s happened… I’m not sure it would be right.”

Norik pondered her words for a moment, then nodded. “I understand. Our work here will not go unnoticed. I must ask that you buy us the time it takes to complete it at all costs.”

She turned and headed back to the bridge that connected the Great Temple to Metru Nui, the others following. Only Matau remained behind.

“Wait!” he called after them. “Don’t you think we should think-talk about –”

“No!” the four Toa shouted in unison.

Outvoted, Matau shrugged and loped after his friends. He did not want to remain at the temple alone.

Better to be with my pack… my team, he corrected himself. This place is full of hidden dangers now. They might come from almost any direction… even the one you would least suspect.

“I… don’t know.” Part of Vakama could not believe he was even considering Roodaka’s offer. He was a Toa! He had been entrusted with power by Lhikan himself! How could he give as much as a moment’s thought to the idea of taking command of the Visorak horde?

But another, stronger voice spoke in his mind as well. I am not a Toa – not anymore – and I was a failure when I carried that burden. Think about it: Do I really think six Toa Hordika and six freakish Rahaga can overcome hundreds of Visorak and free the Matoran? How many will die in that attempt? How many Matoran will never see the sunlight on the island above?

Vakama tried to drive away these thoughts, but they just came faster. If I accept her offer – if I take the power that is being given me – I could order the Matoran to be freed! I could convince Roodaka to let the Toa Hordika leave with them and head to safety. And if it means I have to remain behind in Metru Nui… well, no one will miss me. Of that, I am sure.

Roodaka interrupted his musings. “I understand your reluctance. You require proof.”

She turned to her personal Boggarak guard and gestured toward the low balcony rail and the darkness beyond. “Throw yourself off the edge,” she ordered.

Without a sound or a moment’s hesitation, the Visorak marched obediently forward. To Vakama’s horror, they plunged off the edge of the balcony, one by one. He rushed forward to look.

The Toa Hordika of Fire peered over the rail, expecting to see nothing but all-consuming blackness. Instead, to his surprise, he spotted the Boggarak sprawled on a ledge about ten feet below, unharmed.

“I didn’t know there was a ledge,” he said, relieved.

Roodaka smiled. “Neither did they.”

She took a step closer to him, saying, “Obedience. This is but the first of many lessons I can teach you.”

“And this is something your ‘king’ would allow?”

Vakama made his decision then. It wasn’t one the other Toa or those old fools, the Rahaga, would ever be able to understand. He knew that. But it would ensure their safety in the end, he hoped, and free him from the shadow of Toa Lhikan. He would no longer try to be something he was not cut out for – instead, he would be a leader of a different kind.

Rahaga Gaaki worked feverishly. The inscription she was translating was old and in a Matoran dialect she had not mastered. She wished she had access to Toa Nokama’s Mask of Translation, but such power had been denied her for far too many years. She had to rely on her own experience and wits.

A soft sound distracted her from her work. She turned to investigate, only to see Norik entering the Great Temple chamber. “Are you all right, Gaaki?” he asked.

“Norik, I… I heard something.”

“Probably just my approach,” he said. “Age makes us loud as well as wise.”

Gaaki wanted to be comforted by his words, but somehow she could not be. She knew the sound she had heard did not belong in this place. “No. This was a creature.”

She shook her head, but said nothing.

“Gaaki, what did you hear?” he asked, now recognizing the depth of her unease.

“That’s the thing – I can recognize everything that walks, crawls or flies in this world by sight, sound, or smell,” she said, frustrated. “But not this.”

Norik was worried. Gaaki was a skilled tracker, on land as well as in the water. She and the other Rahaga knew the Rahi kingdom like no one else ever had – they had to in order to survive. For her to admit being baffled, this mystery creature would have to be…

No. By Mata Nui, it cannot be, he thought.

Doing his best to hide his fears, he reached out a comforting hand to Gaaki. “I’m sure it’s nothing. A ‘glitch’ brought on by processing such an elaborate translation.”

“I guess I have been working kind of hard,” she conceded.

“Gather your brothers and go outside. Check on the Toa,” he said.

Gaaki turned and ascended a set of spiral steps that led to the temple exit. Norik waited until he could see and hear no sign of her before shifting his attention back to what appeared to be an empty room. But appearances could be deceiving, Norik knew. Creatures who seemed like horrible monsters could have good and noble hearts, and those who claimed to be heroes could be the worst villains of all. Beneath every being’s thin shell of civilization, there lurked always a Rahi beast, longing to emerge. All it needed was the slightest crack to slip through into the daylight, and becoming a Hordika was more than a crack – it was a chasm.

“Show yourself!” he demanded.

Behind the Rahaga, a figure flitted from one shadow to the next. Had Norik seen it, he would have been hard pressed to identify it, for it seemed more Rahi than anything else.

“I doubt you’d recognize me,” said the dark figure.

Norik wheeled. That was Vakama’s voice! But the Toa Hordika was nowhere to be seen. Silently, the Rahaga thanked the Great Spirit he had thought to get Gaaki out of harm’s way.

Vakama’s voice came again, this time from a different corner of the room. “I’ve got some bad news. Gaaki’s not going to find her brother Rahaga upstairs.”

“What have you done with them?” snapped Norik. For a moment, he wondered if Vakama could have gone so far as to kill the other Rahaga. If he had… no matter the difference in their power, Norik vowed to make him pay in kind.

The Toa Hordika’s reply came from yet another corner of the room. “Nothing,” he said. “Yet.”

Norik turned left and right, trying to spot the Toa, but his quarry had learned to use the shadows too well. “Then it’s not too late, Vakama. You don’t have to do this…”

There was a long pause. Then a voice that sounded more like that of the hero of Metru Nui said, “Give me one reason I shouldn’t.”

“The other Toa. They need you to lead them.” As soon as he spoke the words, Norik knew he had made a mistake.

“It’s always about what’s best for the others!” Vakama growled. “She was right about them, Norik. About me.”

“Who have you been talking to, Vakama? Who put these thoughts into your head?” Norik asked, though he was already certain of the answer.

“You’ll find out,” Vakama chuckled. “I’m counting on it.”

“You don’t have to understand the message, Norik,” Vakama said, his tone dark with rage. “Just carry it.”

The Toa Hordika’s answer was a growl that sounded as if it had been torn from deep inside him. Norik looked up barely in time to see Vakama, now completely in thrall to his Hordika side, plunging down from above.

Then Norik saw nothing but darkness.