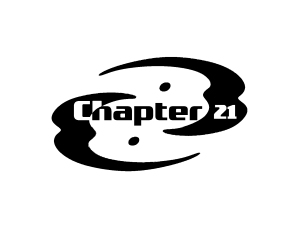 For the first time in anyone’s memory, Zaktan screamed in pain.

Not that it made the slightest bit of difference, of course. His captor, Avak, was not inclined to be merciful. In fact, he was enjoying watching his foe’s struggles.

“Keep it up,” he said. “You forgot the prisons I create will work on anyone, even you. In case you wondered, you’re in a resonance field. Every time you strike it, you trigger a sonic hum pitched just right to drive the protodites that make up your body straight out of their little minds.”

Avak could be something of a braggart, but in this case he was telling the truth. The sound produced by the field was causing the microscopic creatures that comprised Zaktan to go insane, scattering in multiple directions and even fighting each other. With no control over his form, Zaktan could not escape, let alone strike back at Avak. It was the perfect trap.

Thok slipped inside the chamber. He had never believed Avak could do it. At best, he figured the two Piraka would batter each other into submission, leaving Thok to sweep up the pieces. One of them actually winning made things a little more challenging.

“Amazing,” said Thok. “You know what this means, of course. With Zaktan imprisoned, the Piraka will need a new leader. I will accept the position with my usual modesty, naturally. A new day is about to dawn on Voya Nui!”

A ball of molten lava flashed in front of Thok’s face, close enough for the intense heat to drive him backward.

“It’s incredible how fast the sun can set on a new day around here,” said Hakann, his weapon still smoking. “You two couldn’t lead a flock of Gukko to a water hole.”

Avak turned and concentrated on the perfect prison for Hakann. As he did so, the crimson Piraka launched a succession of lava spheres. The first few missed, the last one didn’t. The combination of rock and flame slammed into Avak and knocked him off his feet.

“Hakann, you idiot!” Thok raged. “If Avak loses consciousness, his prison will fade and Zaktan will be free!”

“So? I calculate it will take our former leader at least six seconds to regain complete control of his body. More than enough time for me to make sure he has no body left to control.”

“You can’t beat us both,” Avak snarled, getting back to his feet.

Hakann stifled a yawn. “Actually, I can. But why soil my hands, when I have a new friend to take care of everything for me?”

Behind Hakann, Brutaka stepped into the light. Although confronted by two powerful Piraka, his eyes were riveted on the crystal sphere in the center of the room. Hakann had kept his promise, indirectly – Zaktan was no longer in command – and now all of these Piraka would reap the rewards for their treachery.

Gripping his massive sword tightly, Brutaka advanced into the chamber.

Tahu Nuva aimed a thin beam of fire at the lock on the rear door of the Piraka stronghold. Balta had warned that it was extremely sophisticated, and so far he had been proven right. Whatever it was made of, it was immune to his elemental energies.

“Nothing,” said the Toa Nuva of Fire, frustrated. “Your turn, Kopaka.”

“Wait,” said Garan. “Piruk is signaling. One of the Piraka is headed this way!”

Lewa Nuva smiled. “Hide, all of you. I think I know how to get this door open.”

The Toa Nuva and Voya Nui Matoran ducked out of sight, leaving Lewa standing in front of the thick metal door. Reidak appeared a few seconds later, striding down a rocky path toward the stronghold. As soon as he noticed Lewa, he stopped.

“You owe a lot of things,” countered Lewa. “Like an apology to the universe for existing.”

Reidak frowned. He wasn’t sure what Lewa had said, but he was pretty sure it was an insult. With a grunt, he swung a powerhouse fist at the Toa of Air. At the last moment, Lewa ducked his head out of the way and the blow landed, making a huge dent in the door.

“Very deep-impressive,” said the Toa. “You will be remembered in legends as Reidak, defeater of doors.”

The Piraka swung again. This time his missed blow knocked the gateway half off its hinges. Angered, he aimed a third blow at Lewa’s head.

“You seem so eager to go inside,” said the Toa Nuva. He ducked under the blow, caught hold of Reidak’s arm, and used the Piraka’s own force to propel him through the door. “Don’t let me ever-stop you!”

The sound of the crash brought the other Toa Nuva and Matoran on the run. Reidak struggled to his feet, but rather than charge forward, he retreated farther into the stronghold.

“Leading us into an ambush?” asked Kopaka.

“If he’s not, he’ll have to hand in his villain badge,” said Pohatu. “So let’s try going home by another way.”

The Toa Nuva of Stone slammed his foot down on the floor, collapsing it. Onua Nuva smiled and revved up his quake-breakers, rapidly digging a tunnel down below the stronghold.

“Your masks will be in the eastern section,” said Piruk. “It’s the most secure.”

Reidak expected to find Zaktan in the central chamber and talk him out of some zamor spheres to use on the Toa. Instead, he walked in on Thok and Avak in battle with some giant warrior. Zaktan was nothing but a cloud of protodites swirling around inside an energy cube. Hakann was standing aside, watching the whole thing.

Reidak decided to change that. Slipping out one exit, he came in another way, sneaking up behind the crimson Piraka. He wrapped his arms around Hakann in an ash bear hug and began to squeeze.

“Nah,” said Reidak. “I don’t know what’s going on here, but I’m betting you’re behind it somehow. So now you’re going to be in the middle of it.”

With one swift motion, Reidak released his hold, grabbed on to Hakann, and hurled him toward the battle. Avak saw the incoming Piraka for only a split second before Hakann slammed into him. Thok saw the two slam into a wall, saw Avak slump to the ground, and immediately knew his night had just been ruined.

The energy cube that had imprisoned Zaktan winked out of existence. The swarm of protodites coalesced once more into the form of the Piraka leader… the very, very angry Piraka leader. He glared at Thok, muttering, “I will deal with you later. First, I have more powerful enemies to dispose of.”

His vengeance was interrupted by a sudden crash. The eastern door flew across the chamber and smashed into a wall, crumpled like a Matoran wishing staff. Reluctantly, Zaktan turned to see the six Toa Nuva, masks restored, standing in the doorway.

“We heard you were trying to kill each other,” said Kopaka. “We are here to offer our help in that long overdue endeavor.”

Zaktan looked around at his forces. Reidak was still stunned that he had unwittingly freed the emerald-armored Piraka leader. Thok looked like he wished he was anywhere else. Hakann and Avak were back on their feet, both wondering what had just happened and how to turn it to their advantage.

“No matter our differences,” Zaktan hissed, “we are still Piraka. The Mask of Life can still be ours, once we kill these Toa Nuva!”

None of the other four moved. Had Vezok been there, he would have torn into the Toa just for the sport. But these Piraka were all calculating odds and realized that, left alone, the Toa Nuva would eliminate Zaktan for them.

The Piraka leader saw what was happening and turned to Brutaka. “Help me, and the spheres are yours, to do with as you wish,” he said. “I will even share their secret!”

The Toa Nuva charged, followed swiftly by the six Matoran. Zaktan dispersed his body, his best defense. Brutaka watched long enough to make sure none of the other Piraka were going to make a move. Then, swinging his blade at the Toa Nuva, he said, “Deal.”

One blow… that was all it took. One blow delivered by some of the mightiest sinews in existence, fueled by anger and guilt and need, laid low all twelve of the heroic attackers. It happened so fast that Thok was not even sure Brutaka had moved. But the proof was strewn on the chamber floor before him in the forms of six half-dead Toa Nuva and six possibly very dead Matoran.

Outside the eastern entrance to the chamber, a lone figure stood. His face was expressionless, but his eyes were those of one trapped in a nightmare. The axe he carried on his shoulder suddenly felt as if it had tripled in weight. As he watched Brutaka fell the last defenders of the light on Voya Nui, age gripped him and his spirit felt lost.

No. I can’t do this, he said to himself. I cannot just give up. Brutaka has dishonored all we stood for, but I will not let the Piraka win… even if it means I must join them. Before all is done here, they will learn that the Toa Nuva were not the only threat to them… or even the most dangerous.