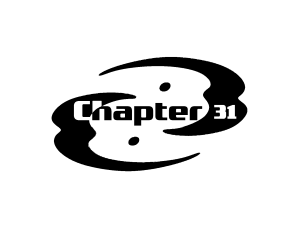 Garan and his Matoran comrades moved carefully through the darkened corridors of the Piraka stronghold. The Toa Inika would surely keep the Piraka occupied, but there was always the chance that automated nektann might be positioned at key points. Garan kept his weapons ready, just in case.

Their mission was a vital one: Find the Toa Nuva, lead them back to their masks, and get them to join the fight. Of the Toa, only Matoro had the power to do a faster search, but in his wraith form the Toa Nuva would be unable to see or hear him. Garan had no doubt that part of Jaller’s goal was to get the Matoran out of harm’s way, but he also knew that the presence of the Toa Nuva could prove to be a crucial edge in the fight.

“I don’t like this,” said Dalu. “We should be back there fighting for our people.”

“There were once two little lava rats who wished to cross a great chasm,” replied Velika. “All day and all night, one carried small sticks and pebbles to the hole and dropped them in. He hoped that someday the hole would be filled. His brother rat, being the wiser, wandered the barrens until he found a Kikanalo. Sympathizing with the plight of the rats, the Kikanalo used his great strength to knock down a tree, making a bridge over the chasm across which the rats could travel.”

“Good old Velika,” commented Kazi. “Never use two words when 127 will do.”

“Quiet,” snapped Garan. “I found something.”

He pushed open a thick iron doorway. The creak of the hinges sounded like thunder in the quiet corridor. There were no Toa Nuva inside, only scattered tablets. One in particular caught Garan’s eye. It featured a map of Voya Nui, but not the island as it was now, rather as it had been a thousand years ago. Originally, Voya Nui had been more oval in shape, with a large, thriving village where the bay now existed. Centuries ago, the land on which that village rested had broken off and sunk into the sea, taking the village and its Matoran down to the bottom.

“These are histories,” the Onu-Matoran said. “But much more recent than the ones we had. The Piraka must have brought these with them.”

“How?” asked Balta. “How would they know anything about Voya Nui?”

“Someone had to be watching this place… or knew someone who had been,” Garan answered. “They have the entire record of the sinking, and…” His voice trailed off.

“This carving… it makes no sense,” Garan said. “According to this, the village still exists! It’s beneath the waves, but somehow our brother and sister Matoran have survived.”

“I don’t know,” Garan answered. “But when this island is free of Piraka, you can be sure we are going to find out.”

Nuparu stepped through the gaping hole that once was a chamber wall. He carried an earthen cocoon on his shoulders, containing the semiconscious form of Zaktan. The shock of hitting the water had knocked the Piraka leader out, but picking up and carrying a mass of billions of protodites had proved to be a problem. So Nuparu had simply encased him in earth, making sure it was porous enough to allow Zaktan to breathe.

He expected the battle to be over, one way or the other. But he wasn’t prepared for the sight of a half-dead Brutaka and imprisoned Toa and Piraka. Dumping the cocoon on the floor, he ran and freed Jaller.

“That’s not as important as what’s about to,” Jaller answered. He strode over to where Brutaka lay and snapped, “You told them, didn’t you?”

“You know the location of the Mask of Life. After Hakann and Thok stole your power, they gave you a choice, didn’t they? Tell them where the mask is, or die.”

“Jaller, that makes no sense,” said Hahli. “He would have been unconscious from Hakann’s mental blast, just like the rest of us.”

“Would he? Kongu, use your mask and read his mind.”

Toa Kongu triggered the power of the Mask of Telepathy and tried to scan Brutaka’s thoughts. After a few moments, he shook his head and gave up. “His mind is shielded.”

“Exactly. From what Hewkii and Balta have told me, it’s clear that Axonn and Brutaka were on the island to protect the mask. With that sort of valuable secret in their heads, it only makes sense they would be shielded against telepathy or mental attack. Nothing could make them part with that knowledge – except cowardice.”

“Or necessity.” The words came from Axonn, who stood amidst the rubble of the wall. Toa Jaller turned to face the newcomer. “Who are you? What are you?”

“It’s enough that you can be sure we are on the same side, Toa,” said Axonn. “And I think who I am is less important than what I know.”

“Hakann and Thok are on their way to get the mask,” said Jaller. “We need to know where it is so we can stop them.”

Jaller stunned everyone in the chamber by grabbing Axonn roughly and pulling him back. “We don’t have time for this! I don’t care how powerful you are, we can’t let the safety of the universe depend solely on one being. For good or ill, we’re Toa – tell us where the enemy has gone and let us do our jobs.”

Axonn looked from his former friend, Brutaka, to the Toa. He hated to admit it, but Jaller was right. The stakes were too high for pride to dictate his decisions. “Come with me, out of the Piraka’s hearing, and I will tell you all I know.”

“Hold it!” shouted Avak, still bound by Thok’s creation. “You need us!”

“Right,” said Kongu. “Like we need a second shadow plague.”

“Maybe you won’t talk so much, Toa, with your mask stuffed in your mouth,” growled Reidak.

“You know and we know: The only way you are going to stop Hakann and Thok is to reverse what they did to Brutaka,” Avak continued. “And only we know how to do that. We’ll make a zamor sphere that can reverse the process, but only if we go with you.”

Hewkii smiled. “We could find other ways to get the information from you.”

“He’s right,” said Hahli. “We don’t. And, Hewkii, we can’t afford to become worse than the enemies we fight.”

An unpleasant decision was finally reached. The four Piraka were freed, on condition they create a zamor sphere that could undo what had been done to Brutaka. While they did that, Axonn examined the empty spheres that already existed, as if they were the most fascinating things he had ever seen.

Toa Kongu, on the other hand, was drawn to the vat containing the virus used to enslave the Matoran. There was something about the eddies and currents in the substance, and how it moved inside the crystal. A Ga-Matoran would have called it an “angry sea.”

He reached out an armored hand and touched the glass. Without his conscious urging, the Mask of Telepathy activated, sending tendrils of thought into the vat. Kongu leapt back suddenly as if jolted by an electric shock.

Kongu stood, frozen, and just stared at the vat for several minutes. It took him that long to even allow himself to consider what he had just experienced through the power of the mask.

Whatever is inside that crystal… inside the zamor spheres the Piraka used… it’s alive, he realized.

“Jaller, the Mask of Life is not just any Kanohi. It’s powerful… in the wrong hands, devastating… and it needs protection,” Axonn replied. “Ages ago, at almost the dawn of time, my people hid the mask away and placed guardians around it.”

“You and Brutaka,” Jaller said, nodding.

Axonn smiled sadly. “Oh, if it were only us there might be no danger. No, what protects the Mask of Life are things infinitely worse – beings beyond good or evil, who exist for one purpose: to keep the unworthy away from the mask. Even I, one of those assigned to protect this ultimate Kanohi, would not be allowed to lay hands upon it without first overcoming them.”

“So if we defeat them – if we prove ourselves worthy – we can get the Mask of Life,” Jaller said. “And if we’re unworthy?”

“They will kill you,” Axonn answered. Jaller glanced to the right and saw Zaktan handing over a zamor sphere to Toa Hewkii. In theory, this sphere would reverse Hakann’s actions and return the stolen power to Brutaka. Then we’ll just have six treacherous Piraka to deal with, he thought.

“It looks like we’re ready to get moving,” said the Toa of Fire. “Are you coming with us?”

Axonn shook his head and looked at Brutaka, still semiconscious on the floor. “No, Toa. Just in case you succeed.”