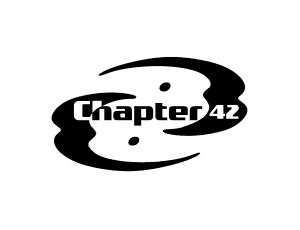 Zaktan’s reminiscences ceased. Amazingly, he had sifted through all these tales and memories in a matter of a few seconds. The staircase awaited, and at its end, everything he had ever wanted: ultimate power and the chance for revenge.

He had no doubt Vezon had already passed this way. Thok and Reidak had discovered a canister on another part of the Voya Nui beach, one that had not belonged to the Piraka or the Toa Inika. Where Vezon got it, he had no idea, but the tracks leading away from it definitely belonged to their short-lived ally.

Vezon found his way here – I am not sure how I know, but I know, Zaktan thought. But he did not get away with the Mask of Life. If he had… somehow I would know that, too. He is still down there… waiting for us.

Zaktan slowed his pace, allowing Hakann to pass him. He would grant the crimson-armored Piraka the privilege of being the first to encounter whatever lethal guardians might block their passage. With any luck, Hakann would be ashes long before they ever reached the mask chamber.

Seven thousand years, he said to himself. I have known these five, fought with and beside them, and faced horrors in their company for all that time. It has all led up to this one day and this final crime. Six Piraka descend the stairs… but only one will return. And that one will be me.

Zaktan suddenly paused. For a moment… only a moment… he thought he heard laughter. It wasn’t coming from behind them or before them, but rather it was in his own mind. He heard it as clearly as he heard his own thoughts, which just made the experience that much more disturbing.

For the laughter was not his own…

Thok watched Hakann disappear into the darkness. He could guess why Zaktan had allowed him to go ahead. It was the same reason Thok was purposely walking slowly and lagging behind. He had no intention of turning his back on any of the other Piraka, let alone being first in line to get devoured by whatever lurked here.

He could hear Hakann’s steady footsteps up ahead as he went down the stone stairs. There was something comforting in the noise. After all, if he was proceeding at a normal pace, he must not have encountered any obstacles or foes.

Maybe Vezon took care of all of them for us, he thought, smiling.

Such happy thoughts were driven out of his mind by a yell from Avak. He had almost tripped over the battered body of Hakann. The crimson-armored Piraka was huddled in a corner, trembling with fear. His armor was glowing such intense heat that no one could even come near him, let alone touch him. The metal was literally melting before their eyes, but there was nothing to suggest a reason for it.

Then Thok realized that he could still hear the measured footsteps up ahead, the ones he had originally thought were Hakann’s. They were moving at the same unhurried pace as before, one after the other in an unceasing pattern. The only problem was, they weren’t going down the stairs.

They were coming up.