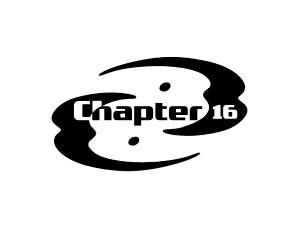 Lariska stood at the bow with Brutaka, watching the ship cleave through the water. Behind them, the other members of the team were keeping a careful eye on Makuta Spiriah – not that they could have done much to stop him if he tried to make a break. But Brutaka had done a little math and explained to Spiriah how many hours he was likely to survive once the Brotherhood of Makuta knew where he was. Then he assured Spiriah that if the ship and its occupants were all destroyed, the Brotherhood would be notified immediately where to start looking.

That was a bluff, of course. But Spiriah had spent a lot of his life fleeing from his former comrades, and running and hiding get to be habits after a while. As Brutaka expected, Spiriah bought it and backed off.

The ship had veered away from Zakaz and was on its way south. There was one more stop to make before they headed for their ultimate target. This was the one Brutaka dreaded – it was time to arm the team.

The island that came into view was little more than a piece of barren rock. It was not the original site for this meeting, but plans had changed. Two Order of Mata Nui members, Botar and the nine-foot tall warrior named Trinuma, had been dispatched with a cache of weapons for a rendezvous on a small, wooded island just off the mainland. But a Makuta named Icarax had spotted their appearance and attacked. The fight was furious, but brief. Botar was slain, crushed by the Makuta’s magnetic power, and Trinuma barely escaped to tell the tale. In desperation, he stored the weapons at the first place he came to before returning to Daxia with the tragic news.

The ship dropped anchor just off the coast. Brutaka warned Takadox and Carapar he would be keeping a careful eye on them on the swim over, just in case they got any funny ideas about diving deep and escaping. Vezon was the first to react when they set foot on the rocky shore.

“There is something… wrong here,” he said, his tone unusually serious. “Something beyond even my powers to cope with.”

“You don’t have any powers, freak,” Carapar roughly reminded him.

“I don’t?” Vezon said, seemingly confused. “Where was I when they were being handed out? Let me see… Makuta’s lair… Voya Nui… tunnels… prison… how could I have missed the meeting, I was always where the action was.”

“Quiet,” said Lariska, dagger drawn. “There is one true statement in your babble. There is something not right in this place.”

Brutaka approached, carrying the weapons. Takadox took a long, thin blade, while Carapar grabbed a broadsword. Roodaka pounced on a Rhotuka launcher. Brutaka handed Spiriah a projectile weapon and warned him with a cold smile not to point it at himself… or anyone else. Vezon got a spear, which he turned over in his hands with no real enthusiasm.

“Nothing,” Brutaka answered. “But with your powers, you don’t need it, right?”

Vezon brightened. “Right,” he agreed, having forgotten once again that he had no powers. Carapar growled in frustration and stalked away.

“We have what we came for,” Takadox said nervously. “Let’s go.”

Spiriah took a step back. “I know where we are,” he said, his eyes darting from side to side as if expecting an attack. “Mutran told me of this place, though it didn’t look like this ages ago. We have to go. We have to go now!”

But it was already too late. Vast walls of rock suddenly sprang up from the shoreline, forming a 200-foot high wall around the island and cutting the team off from their boat. “Blast it down,” Brutaka ordered. But even the power of his blade was not enough to penetrate the stone.

Spiriah had shapeshifted himself some wings and was trying to fly over the top. A sharp spear of stone erupted out of the top of the wall and impaled one of his wings, sending him spiraling toward the ground. Lariska ran, leapt, hit the wall feet first, and propelled herself into midair to catch the falling Makuta.

There was no time to marvel at her athletic feat or make other attempts to escape. For now a voice was coming from the cave, but not a voice like anyone present had ever heard before. It sounded like the slimy, repulsive sound that comes when a nest of feeder worms is disturbed. Even Brutaka had to suppress a shudder.

“Who are you?” said Brutaka. “Did you imprison us here? I warn you, you don’t know the power you face.”

A massive tentacle shot out of the cave, wrapping itself around Brutaka and pulling him inside. The next moment, he was in the presence of something so horrible, so alien, that it took all his willpower just to hold on to his sanity.

“Now,” said the entity that held him in its grip. “Now tell Tren Krom of your power.”