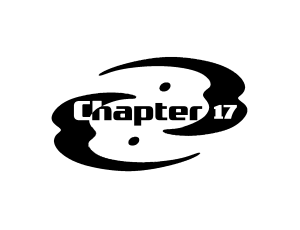 Brutaka tried to close his eyes. It didn’t help. He couldn’t get the image of Tren Krom out of his mind – a writhing, crimson mass of tentacles emerging from a gelatinous central core, with two dead yellow eyes that somehow followed every movement without ever moving themselves. At least, that was what he had seen at a glance – somehow, Brutaka knew to gaze for long at Tren Krom would be to invite madness.

The entity seemed over time to have merged with the stone floor and walls of its cave, so that lurker and place of concealment were one. The acrid stench of decay hung over everything. In vain, Brutaka tried to break free of the grip of Tren Krom’s tentacle. He could feel the strange being trying to probe his mind, but so far, Brutaka’s mental training had allowed him to resist. If that should fail, he knew, the secrets of the Order of Mata Nui would be exposed to this monster.

“What wonders have come into my universe in the millennia since my exile?” Tren Krom said softly, his voice as revolting as his form. “I must know!”

Hesitantly, the other members of Brutaka’s team had entered the cave, only to wish they hadn’t. It was only Lariska, protosteel dagger in hand, who kept them from fleeing.

“You think me an alien… an ‘other’…” Tren Krom continued. “But I am of the substance of this universe, and I walked here long before you or even Mata Nui himself. Have you not heard the tales?”

“There is a Tren Krom in legend,” said Brutaka. “But… the tales obviously left some parts out.”

Tren Krom laughed. The sound made the team wish death would come for them right now. “Before the Great Spirit Mata Nui was born, the Great Beings created one being who was purely organic. They taught me the ways of the universe they were creating and they placed me in its core. There I was to remain, maintaining the heat, the light, all the forces that made their creation whole…”

Brutaka had managed to work an arm partway loose. With a little luck, he would be able to get his hand on a dagger and cut himself free… all he needed was time. “So what happened? How did you end up here?”

“My time was always to be short,” Tren Krom replied. “I was to shepherd this universe until Mata Nui was prepared to take power. A Matoran of Light came to me and said the hour had come for me to move on… a crafter of canisters he was, whose sanity did not survive our encounter. I surrendered myself to my fate, only to be exiled here by the Great Beings and bound to this rock.” His voice turned heavy with bitterness. “The universe, it seems, did not need two entities supreme.”

“What… what do you want with us?” whispered Vezon. “And please don’t say someone to hold your mirror for you.”

“I would know what has gone on in the universe in the last 100 millennia,” Tren Krom answered. “My visitors have been few in number. You seven will remain here and I will gain the knowledge I need from your minds… of course, sadly, you may have no minds left when I am done.”

“Why ask us?” said Lariska. “You obviously don’t really care.”

“Would you shut up?” hissed Carapar. “Rule number one: don’t annoy the giant, tentacled monster, or don’t they teach that one in The Shadowed One’s school?”

“Be quiet,” snapped Lariska. “Tren Krom… your universe is in danger. It’s our job to help save it. If you keep us here, you’ll be hurting the one thing you helped bring into being.”

Carapar edged slowly to the side, sword in hand. No one paid any attention – all eyes were on Lariska, who had been grabbed by one of Tren Krom’s many arms. Without the discipline Brutaka possessed, her mind was an open book to the entity. She screamed as a lifetime of memories were sifted through in an instant, screamed as she saw glimpses of the ancient mind of Tren Krom. When he finally released her, she collapsed on the stone floor.

“Mutran,” Tren Krom muttered to himself. “So long ago now, I entered his mind… and he mine… and so he learned how best to strike at Mata Nui. He and his kind have dared reach for power that fate chose to deny them. How… intriguing.”

“It’s more than that,” Brutaka said. “Tell him, Spiriah – tell him what will happen to him if the Makuta succeed in their plans.”

“If the Plan succeeds…” Spiriah began. He glanced around as if one of his former comrades might be somewhere nearby, listening. “A shadow will fall… Makuta will rule the universe, their will enforced by Rahkshi. Anyone with the power to threaten that rule will die… and that means anyone.”

“Impossible,” said Tren Krom. Suddenly, the minds of every team member were filled with nightmarish images projected by the tentacled entity, visions that would sicken even the mad. “No one can approach without my assent. No one can fight me. No one can kill me. I am eternal!”

Brutaka had his dagger in hand now. “Maybe not,” he said. “But I’m betting there was a time you said no one could bind you… and look what happened.”

Tren Krom paused in thought. Brutaka started to make his move, then caught Carapar out of the corner of his eye. The Barraki was raising his sword to strike the entity. It was too late to shout, too late to stop him.

Carapar brought his blade down, confident he had taken his enemy by surprise. Then a third eye suddenly appeared on Tren Krom, one gazing right at Carapar. The Barraki froze in mid-blow. A shaft of energy shot out from the eye, bathing him in its glow. The next instant, Carapar shattered into fragments as if he had been made of crystal. Then there was nothing left of him but a pile of glittering dust on the stone floor.

“I helped to birth a world of order,” Tren Krom whispered. “But from what I have seen in the female’s mind… you have turned it into a universe of madness and fear. It is not worth saving. But it is the universe you and your kind deserve.”

Tren Krom hurled Brutaka at his team. Spiriah used his magnetic powers to catch him before he could slam into the wall. The tentacles withdrew then, wrapping themselves around the core of Tren Krom’s being.

“Go,” the entity said. “Take yourselves from my prison… take your memories and plans with you… for the horrors already in your minds are worse than any I could visit upon you. I condemn you to your fate – life in the universe you and your kind have made.”

No one was going to take the time to argue. Gathering up Brutaka and Lariska, they fled the cave even as the stone walls that surrounded the island receded into the sand. Only Takadox paused to look back at the cavern where Carapar had died, wondering for a moment just what it would take to end the life of a being older than the stars.