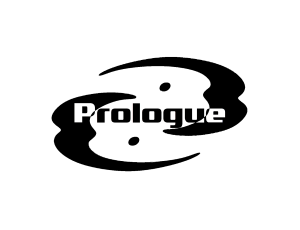 Tanma idly dragged his swords along the hard ground, humming part of a tune he had composed himself. Every now and then, he would fire a little burst of light from the end of one of his weapons, chipping off a piece of rock and sending it flying over the edge of the land. Then he would peer over and watch it as it went down and down, finally vanishing into the mist far below.

Despite being a bit bored, Tanma had decided that life was generally good right now. It had taken a thousand years, but all of the villages had recovered from the Fall and the Matoran had adjusted to their new environment. Now it was just the routine work of maintaining things – gathering food, keeping the vine bridges in good repair, and making sure the scareRahi were in place. That last task was the job Tanma and Gavla had been given today, and more mind-numbingly dull work Tanma could not imagine.

Of course, it didn’t help that he was partnered with Gavla. Although they were both Matoran of Light, Gavla acted more like one of those ice-cold Ko-Matoran types. She always had her mask in the air, like she was better than everyone else. As a result, no one really wanted to be around her.

“Are you going to work, or are you going to stand around?” Gavla snapped. Her voice always reminded Tanma of the high-pitched shriek of the wind just before a storm.

“Keep your mask on,” Tanma grumbled. “It’s not like we really need these things anymore.”

That was true. Although flying Rahi had been a problem in Karda Nui for centuries, lately they had almost completely disappeared. No one knew why, but they weren’t going to question their good fortune.

Three Matoran shot past, heading down toward the swamp. Their improvised booster packs let them fly for short distances, so as long as they used them wisely, they could make the trip down and back. Tanma guessed they were going down to harvest vines, as one of the bridges between the villages was looking a little worse for wear.

Something flashed past the corner of his eye. He whipped his head around, but saw nothing. For a moment, though, it looked like a huge, black-winged shape had shot past. Some new kind of Rahi, maybe? Tanma hoped not. The village would need much larger scareRahi if the creatures were going to be that big.

There it was again! This time, Tanma got a better look at it before it vanished over a rise. It was jet-black, with small, scalloped wings on its shoulders and long, sharp claws. As it flew, it dropped something, but Tanma couldn’t tell what it was. He broke into a run. Gavla was over that way and she might have gotten a better look.

“Gavla, did you see –?” he shouted as he ran down the slope. But Gavla was nowhere to be seen. Neither was the shadowy winged visitor.

Okay, so I’m imagining things, Tanma said to himself. Only I didn’t imagine it – I saw something, and Gavla must have, too. But where is she? Hiding, maybe? She doesn’t seem like the ‘run and hide’ type, but maybe…

Something slithered out from behind a rock, but it wasn’t the missing Matoran. What slipped past Tanma was a slime-covered leech about two feet long, faintly glowing with a pale, sickly light. Tanma had turned to follow it when he heard a faint noise behind him.

He looked back to see a sight that would haunt him all the rest of his days. It was Gavla… and yet at the same time, it wasn’t. She had changed in horrible ways. Her feet had sprouted claws, and wings had emerged from her shoulders. Her blades had transformed into talons that were fused to her hands.

At first, Tanma thought it was all some kind of joke. Matoran of Light had the ability to alter how others perceived the color of their armor, an effective means of camouflage. But the wings, the claws… no Av-Matoran could change their shape like that.

Gavla was walking toward Tanma now, slashing the air with her talons, undisguised hatred in her eyes. Tanma was torn between trying to figure out what had just happened and simply getting as far away as possible. His legs voted for running, and since there were two of them, majority ruled.

He raced back toward the village. Gavla followed, never altering her pace or saying a word. It’s almost as if she isn’t trying to catch me, thought Tanma, just keep me moving in that direction.

Two bolts of shadow energy flew past his shoulder. Tanma turned to see they had come from Gavla. He hurled a burst of light back, striking the Matoran. The noise she made in response was horrible, something between a scream and an angry hiss. She fired another beam of shadow from her blade. This one hit Tanma, knocking him off his feet. It wasn’t so much the impact that had downed him as the shock of the ice-cold darkness.

“Why did you make me do that?” asked Gavla, her voice soft and almost gentle. “I don’t want to hurt you. I want to help you.”

“What… what happened to you?” Tanma replied. “Your mask… your armor…”

“Oh, that,” Gavla said, chuckling. “You might say I saw the light… by peering into the darkness. And now you’re going to see it, too.”

Tanma scrambled to his feet and started to run. As he drew closer to the village, he stopped dead. There was not one, but three of the winged beings circling his home. Darkness spread from their wings as they flew, until it seemed as if the shadow was a physical thing trying to crush the town beneath its weight. And everywhere he looked, there were Matoran – his friends, his neighbors – wandering the streets, transformed into creatures of shadow.

Tanma turned to see Gavla approaching. “It’s quick,” the shadow Matoran continued. “The light is drained from you, and what’s left is… sharper, clearer. You know what you have to do… and you know you won’t let anyone stop you.”

“I hope you won’t mind if I try,” said Tanma, already running right toward the other Matoran. When Gavla tried to grab him, he dodged, then used a sweeping kick to knock the shadow Matoran off her feet. There was no question of staying to continue the fight, though.

I have to get to the other villages, Tanma thought, his eyes on the nearest bridge. I have to warn them, before shadow is all that’s left of this land.