Angonce walked purposefully toward a blank stone wall in the rear of his chamber. As the tall, spare figure approached, the blocks that made up the wall softened and shifted, forming an opening. He gazed out this new window at the mountains and forest below, sadness and regret in his dark eyes.

He had often stood here before, reflecting upon the beauty of Spherus Magna. From the southern desert of Bara Magna to the great northern forest, it was a place of stunning vistas and infinite opportunities for knowledge. Angonce had spent most of his life discovering its mysteries, and had hoped for many more years in the pursuit.

But now it seemed that was not to be. He had run every test that he could think of, and checked and rechecked his findings. They always came out the same: Spherus Magna was doomed.

How did it come to this? Angonce wondered. How did we let it get so far?

He, his brothers and sisters were scholars. Their theories, discoveries and inventions had transformed this world and changed the lives of the inhabitants, the Agori, in many ways. In gratitude, they had long ago been proclaimed rulers of Spherus Magna. The Agori called them the “Great Beings.”

But the business of running a world – settling disputes, managing economies, dealing with defense issues, worrying about food and equipment supplies – all of this the Great Beings found a distraction. They wanted to build, study, invent, not oversee, adjudicate, and set policy. Those were vital duties, they realized, but better that someone else do them.

And so, the Great Beings did what they always did when they had a problem: they created a solution.

Choosing seven warriors, one from each village, the Great Beings endowed them with the power to control, respectively, fire, ice, water, plant life, rock, sand, and earth. They altered the warriors’ very body chemistry to make each closer to being one with his element. Finally, they gave their newly created Element Lords weapons and armor that made them look like symbols of the natural forces of the world.

The Great Beings also gifted the Element Lords one more thing: the responsibility of ruling over the six tribes of Agori. They would shoulder the day to day duties the Great Beings so despised, and in return, they would be allowed to rule without interference.

Our first mistake, thought Angonce, though far from our last.

He turned away from the window, which transformed instantly back into a solid wall. It was time to face the truth. Any seeker of wisdom will, at some point, encounter an experiment that goes wrong. When that happens, the best thing to do is learn from it and move on. Naturally, the results of that experiment must be destroyed to prevent any unforeseen damage from being done.

The Element Lords had been an experiment that had gone horribly wrong. Now the Great Beings would have to unleash a new invention to destroy an old one.

Angonce left the chamber and walked down a long corridor, passing a sealed door. Behind it, he knew that Heremus and the others were completing work on an ultimate weapon to be used against the Element Lords. He had no desire to witness this. Rather, he felt the need for a vision of hope, something that spoke of better tomorrows and not the tragedies of today.

Leaving the fortress, he walked into a clearing – and there it was. Already standing millions of feet high, the giant before him was the last, best hope of Spherus Magna. Heremus had said that if it could not carry the physical heart of the planet within, it could at least carry the great spirit of this once beautiful world.

Angonce had liked that thought. When it came time to give this new creation a name, he knew just what to choose. Using the programming language that would guide the giant, he christened it “Mata Nui.” 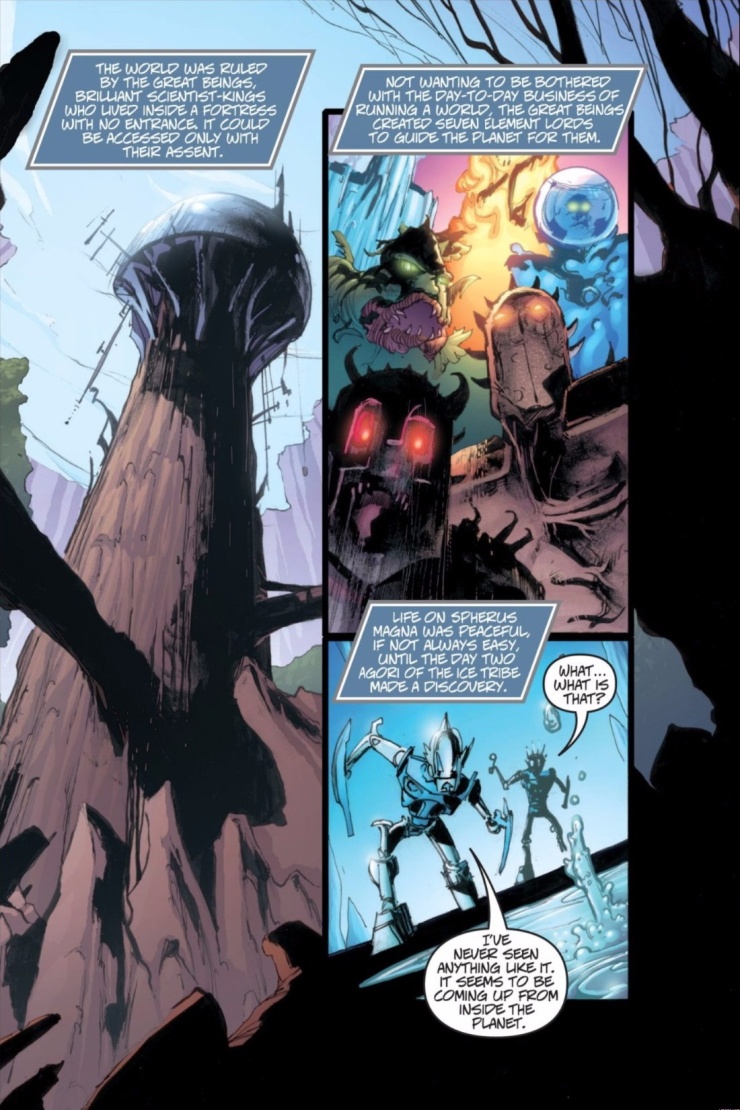 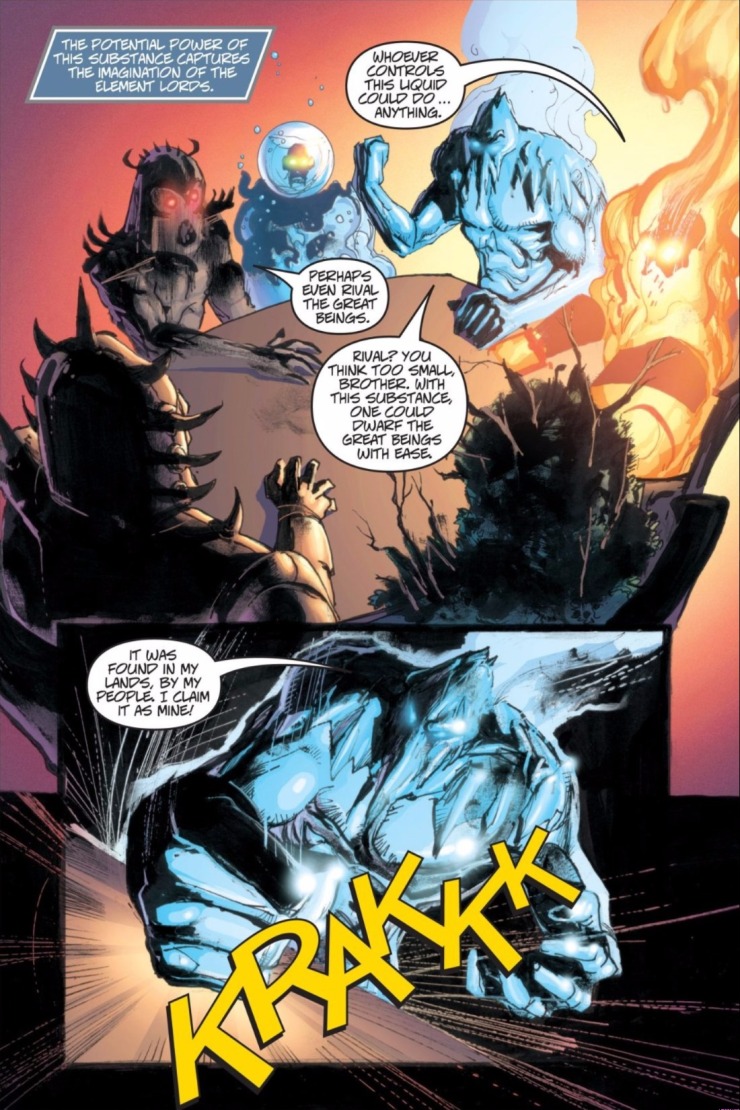 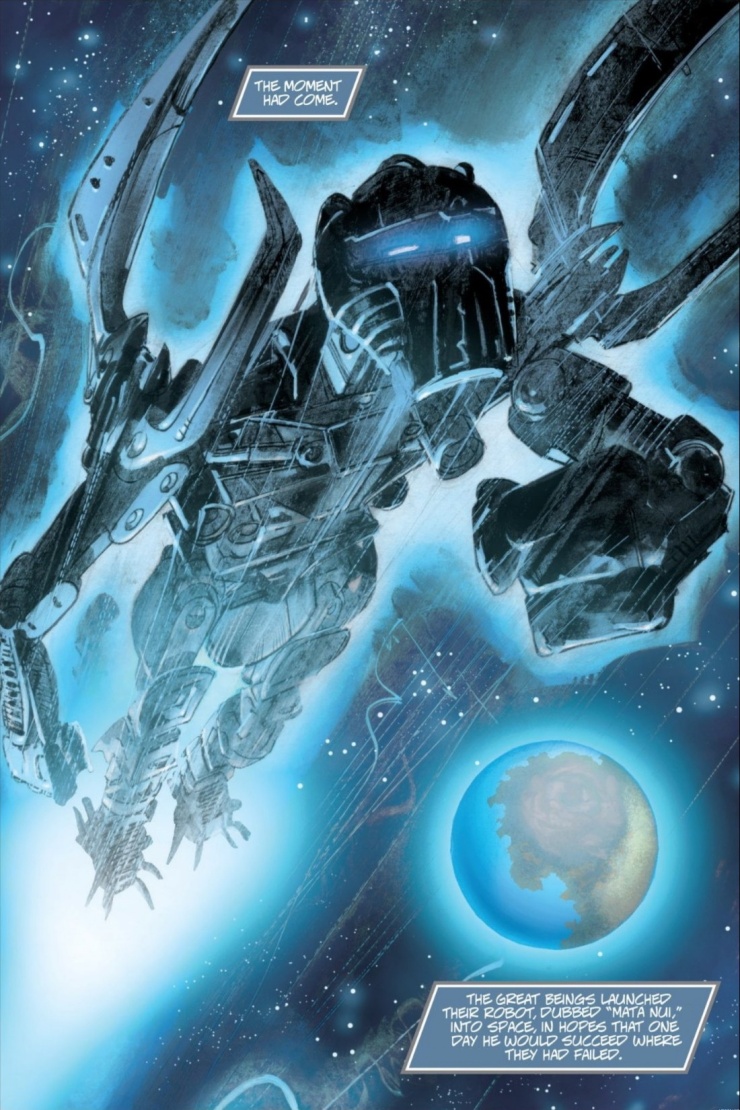 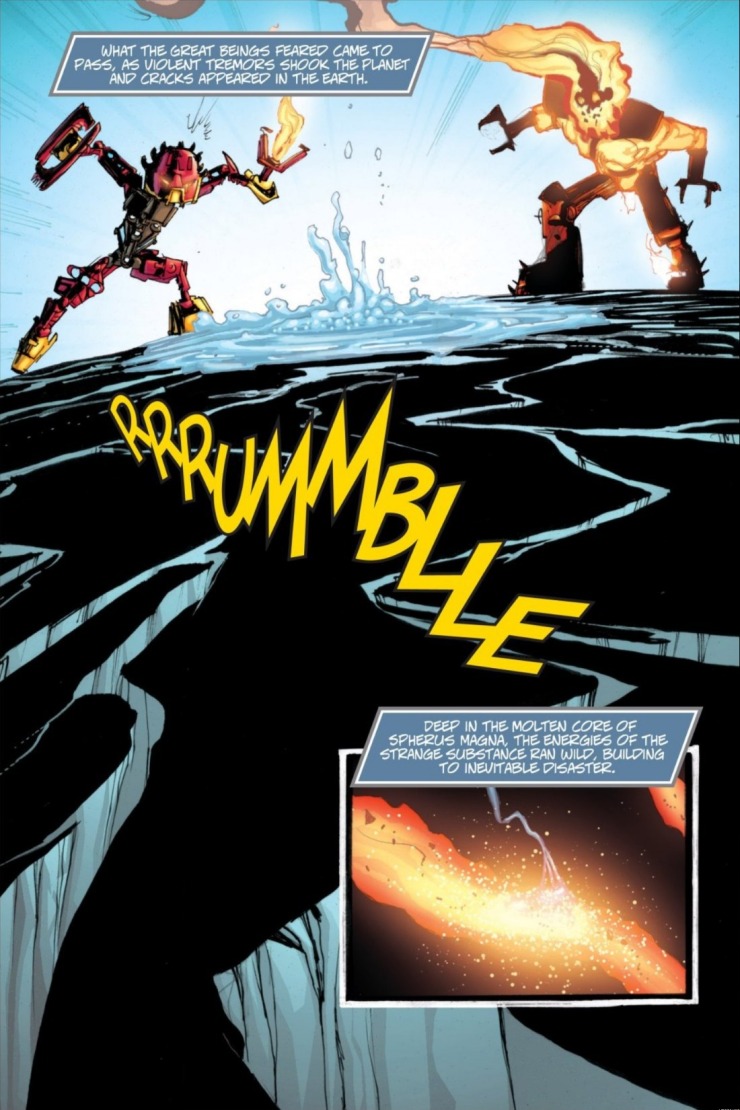 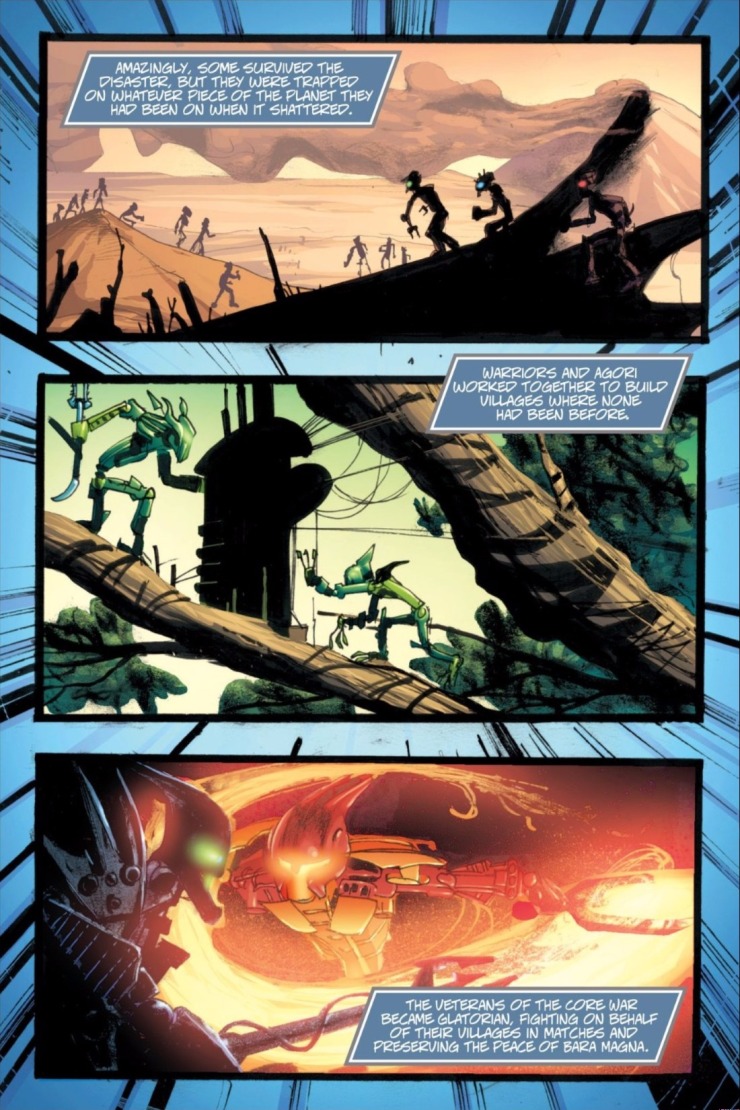 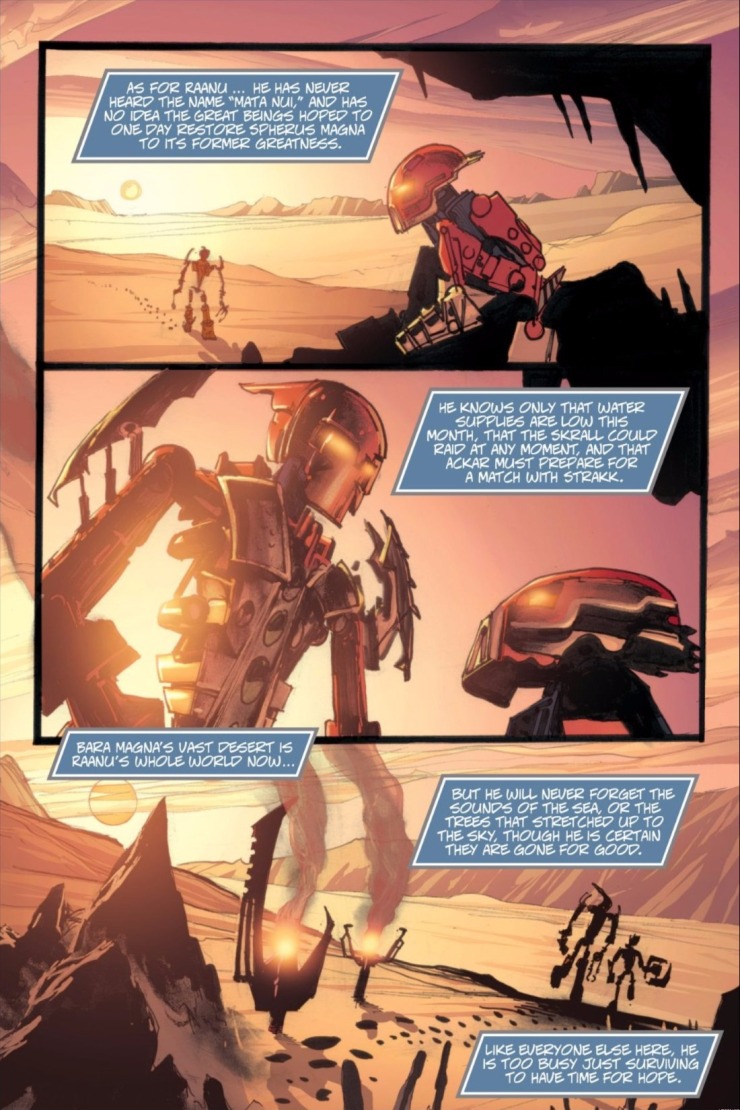