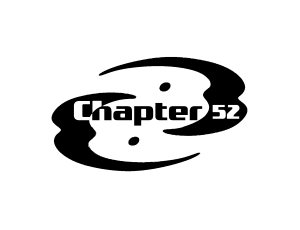 The impact of Makuta’s landing shook the cavern, bringing down a rain of rock and dust. While Raanu and Ackar worked to keep the assembled Agori calm, Kiina and Gresh peered out the mouth of the cave. What they saw astonished them.

Two gigantic robots stood in the open desert, facing each other. One they recognized as Mata Nui. The other, bigger and stronger in appearance, was unknown to them. But they could take a wild guess at who it was.

“The big one must be Makuta,” said Kiina. “Mata Nui told Raanu he was coming. This is bad.”

“Well, take a look at him,” snapped Kiina. “If he flicks a toe, he could bring the whole mountain down on top of us. We have to find a way to help Mata Nui.”

Gresh hefted his shield and started out of the cave. “Then what are we waiting for?”

Kiina put an arm up to block his exit. “A plan, and the right moment, kid… right now, we would just be something else for Mata Nui to worry about. Let’s wait and watch for a while.”

Gresh looked at her, a trace of disbelief in his expression. “When did you start talking like Ackar?”

Kiina smiled. “When I got smart – so listen, and maybe you’ll live long enough to do that too.”

Mata Nui stared into the crimson eyes of the mechanical nightmare that stood before him. He knew his thoughts should have been on how to defeat Makuta, how to save his people trapped inside that robot, and how to keep Bara Magna from being destroyed in the process. But he couldn’t help asking himself – Is that what I used to look like? Is that why the Great Beings designed the robot to be able to conceal itself, so it wouldn’t terrify everyone who saw it?

“Silence?” said Makuta. “No threats? No denunciations? No vows of revenge? You disappoint me.”

“I don’t need to do any of those things,” Mata Nui answered. Although he was speaking quietly, the sound of his words still echoed all over the planet. “I don’t need to prove my power in useless combat with you, either. We don’t need to fight.”

Makuta chuckled, a harsh, metallic sound. “No, of course we don’t. You could just lie down and die right now. You would save me at least a few minutes’ effort, and yourself a lot of pain.” He raised his right arm. “Or do you need persuading?”

A burst of power shot from Makuta’s armored gauntlet. It sizzled past Mata Nui’s head and struck one of the peaks of the distant Black Spike Mountains. The terrific heat melted the mountain in an instant. Mata Nui’s sensitive sensors picked up the screams of faraway Skrall warriors in the split second before they were covered in magma.

“I could do that all day,” said Makuta, “and into the next. You would fight back, naturally, and between the two of us we would lay waste to this planet… which suggests an idea.”

Makuta lifted his arm again and Mata Nui prepared for another attack. But this time Makuta opened his hand and turned it palm up. “Join me,” he said. “In these bodies, we have the power to decimate entire universes. Together, we could rule all of reality.”

“You know so much, and yet you understand so little,” said Mata Nui. “You look at the body you stole from me and see only an engine of destruction, a weapon to be wielded against anyone you choose. Didn’t you ever wonder why the Great Beings created it to be so powerful? Or why you felt compelled to seize control of it?”

“You mean your ‘destiny?’” said Makuta, acid dripping from his words. “Yes, I know all about your mission – your great quest to reunite the three wandering pieces of Spherus Magna. Let me show you what I think of it.”

Power lanced from Makuta’s outstretched hand. It struck Mata Nui in the shoulder, staggering him and tearing a gash in his robotic shell.

“Ah, I see,” Makuta said. “You must be wearing an old model. Cheap materials, cheap construction… I’m surprised you would be caught dead in that.”

“Makuta, listen to me!” answered Mata Nui. “My destiny… it’s yours, too. We’re supposed to work together to restore Spherus Magna to what it once was.”

Makuta took two lumbering strides forward and backhanded Mata Nui. The huge robot the Agori had reconstructed toppled, flattening an entire mountain range when it fell. Makuta stood over his fallen opponent, contempt in his eyes.

“Why?” he sneered. “Because the Great Beings said so? Where are they? Let them come forth and tell me themselves what I ‘must’ do.”

There was a terrible silence. Nothing stirred in the desert, and even the carrion eaters circling overhead quieted their cries.

“As I thought,” said Makuta. “They have abandoned this world to its fate. So should you, Mata Nui. There is nothing here for you to fight for. Or do you think the miserable peasants who inhabit this pile of sand will craft legends of you and sing songs to your glory?”

Mata Nui rose. His new body was cracked in several places now. “I’m not here for glory,” he said. “I’m here to do justice to these people after so many long years.”

“The people,” Makuta said quietly. “I am surprised at this new level of concern for the little things that scurry across the sands. You never seemed to care very much about those whose work kept you alive. And yet, here you are, trying to be the hero to the Bara Magnans.”

Makuta pointed toward a mountain to the south. The sensors in his body identified hundreds of living beings hiding inside caves within that rock. Triggering the gravitic power of his robot form, he tore the mountain loose from the ground, exposing the Glatorian and Agori who had been concealed inside. They looked up fearfully at the mountain that hovered above their heads.

“Shall I drop it?” asked Makuta. “What do you think they will feel about their ‘hero’ in their last few moments of life? Will they die cursing you in their hearts?”

Mata Nui’s head dropped to his chest. “You would really do that, wouldn’t you? Kill all those innocents just to prove some warped point? You’re a fool.” He glared up at Makuta. “That body does not make you a giant. Stand 40 million feet high, or 100 million, you are still an insect.”

He raised both arms, hurling a twin blast of energy at his opponent. “And here on Bara Magna,” yelled Mata Nui, “we know what to do with insects.”

Inside the robot body Makuta controlled, a violent earthquake rocked every land mass. Buildings toppled, trees were hurled into the air, tidal waves smashed into coastlines and the inhabitants of countless islands fled in panic. They had known something like this once before, a little over 1000 years ago, and called it the Great Cataclysm.

Tahu had been standing beside Takanuva, Toa of Light, when the quake hit. Both were knocked off their feet from the quake. Tahu glanced up to see a mass of metal falling right toward them. He unleashed his power of flame, vaporizing the solid iron.

“What… what was that?” asked Takanuva. “An attack by Makuta?”

“I don’t think so,” Tahu said, struggling back to his feet. “I think our old enemy just ran into someone who knows how to throw a punch.”

The Toa of fire pointed up ahead. The Rahkshi had been scattered like leaves in the wind by the tremors. They were only now regaining their feet and continuing their journey south.

“Are they ever going to get where they’re going?” asked Takanuva. “We’ve been traveling for days.”

“And picking up Toa as we go,” Tahu reminded him. “Let them keep going. By the time they stop, we’ll be ready for them.”

Mata Nui knew he had to act with blinding speed. The surprise attack had hit Makuta hard, but it had also caused him to drop the mountain he held suspended. With no time to spare, Mata Nui fired a second blast, turning the falling mass of rock to dust just before it would have crushed the Agori and Glatorian.

Down below, Ackar turned to Raanu. “Do what he says. Take the Agori and head east, as fast as you can. Take nothing except what you need.”

“What about you?” asked Raanu. “Aren’t you coming with us?”

Ackar’s blade glowed red-hot. “I think Mata Nui could use some help against that monster. If nothing else, I can be a distraction, maybe buy him a few seconds.”

“I don’t know whether to be intrigued or scared,” Ackar said, smiling.

Kiina looked at Gresh, then back to Ackar. “All things considered, old friend, I’d go with scared.”

“So predictable,” he said, as he rose to his feet to face Mata Nui once more. “And you don’t even see it, do you?”

“No, of course you don’t,” Makuta continued, “even though my strategy would be clear to a blind tunnel crawler. All I need to do is threaten the inhabitants of your little ant farm here to make you expend power to save them. Needless to say, I have more power in this form than you do in yours. I can threaten them long past the point where you can rescue them.”

Makuta glanced down at the damage done to his robot body by Mata Nui’s attack. “Who knew you had such a temper, brother? You seem to have forgotten, in your righteous rage, that your precious Toa and Matoran live inside of me. Damage me… and you kill them.”

Mata Nui knew Makuta was right. There was no way to bring his enemy down without risking injury or death to the population that lived inside of him. But what was the alternative? Surrender, and let Makuta conquer this world and then many more? No. The Toa and Matoran had risked their lives more than once to stop the schemes of Makuta. They would accept whatever had to happen now. At least, that was what Mata Nui had to tell himself.

Something began to flash in front of Mata Nui’s eyes. It was a “heads-up display” built into the robot. The green light showed the speed and trajectory of the two other pieces of Spherus Magna that he had tried to pull toward Bara Magna. Both were drifting off course and would require more power to return them to the right trajectory. As he had feared, he didn’t have the energy to achieve his mission on his own.

The green light was replaced by a flashing red one. It warned that the structural integrity of his robot body was in serious danger. The power that was keeping the robot moving was slowly destroying it, and the damage done by Makuta had only made things worse. In less than an hour, the complex mechanism was going to collapse in a heap and Makuta would have won.

It was a bad situation.

It was about to get worse.