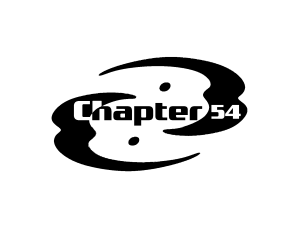 Tahu was standing on a lava field. The place seemed familiar, but he could not… yes, of course, now he knew. He was back in Ta-Wahi, the region of flame and magma he had first visited more than a year before. It was here he had begun his quest for the Kanohi Masks of Power, and here his battle against Makuta had begun.

There was a mask hovering in the air before him, but… wait, this wasn’t right. It was no mere Kanohi he saw, it was the Mask of Life itself. How could that be possible?

The Mask of Life was never on that island, Tahu thought. It was someplace else entirely, and my team did not find it. It was other heroes who achieved that. So why am I seeing it where I know it cannot be?

A voice came from the mask, although its “mouth” never moved. Tahu simply heard the words in his mind.

“So that’s it. I’m inside an illusion,” said Tahu. “I can hear myself speaking, but I’m not really talking at all, am I? It’s all in my head. This is some trick of Makuta’s, and I’m going to–”

There was a blast of color and sound, cutting him off. A billion images shot through Tahu’s mind at once. He saw his universe, beings both familiar and unfamiliar, adventures he had not been part of yet now knew must have happened. In that micro-instant, he was more than certain than he had ever been of anything that what he was now experiencing was no trick.

The hordes of the Makuta are unstoppable, said the mask. The Glatorian and Agori will fall.

“Thanks for the inspiration,” Tahu said. “Well, I didn’t go through all I have been through – fighting Makuta, taking an energized protodermis bath and transforming into a Toa Nuva, almost getting killed a hundred times – to give up now.”

Yes, a Toa Nuva, the mask said softly. To do what you must, you must be what you were. Becoming a Nuva gave you great power, but it cannot be allowed to stand.

It was already too late. The power of the Mask of Life washed over him, undoing what the energized protodermis had done to him months ago. His body, mask and armor changed, going back to what they had been when he was first created. Tahu could already feel his elemental power weakened by the change.

The ways of Life are not for you to question, the mask replied. The Great Beings planned for much, though not all. They knew a rampant infection might one day threaten their robot, and they meant for a Toa to stop it. To do so, they gave me the knowledge to create a golden suit of Toa armor.

“I wore a golden mask once,” Tahu said, still bitter over the mask’s actions. “It was powerful, but it couldn’t do what you claim.”

It was a candle beside a bonfire, said the mask. I can create the armor, but be warned… it can be used but once, and there is no telling what its use will do to you, Tahu.

The Toa of Fire felt the world spin around him for an instant. Then he was once more in the Bara Magna desert, with Takanuva shouting at him.

“Tahu! Wake up!” yelled the Toa of Light.

Tahu gently pushed him away. “I’m… I’m all right.”

Tahu reached up and felt his mask and armor. It hadn’t been just an illusion, then. The Mask of Life really had turned him back into what he had been a year before. No longer could his Mask of Shielding protect others besides himself, nor would his fire power be enough to stop the army Makuta had assembled.

“That cursed mask,” Tahu said, in a tone of barely controlled fury. “It’s ruined me.”

Takanuva tore his eyes from the strange sight of Tahu transformed. Something was happening up above. Shafts of golden light were erupting from one of the two giant robots. Wherever they touched the sand, a piece of golden armor formed. Takanuva watched as five segments took shape, followed by a sixth in the shape of Tahu’s Mask of Shielding.

Tahu and Takanuva rushed forward, each grabbing one piece. But before they could gather the rest, the larger of the two robots hurled a burst of energy down at them. It struck with a massive explosion, scattering the two Toa and the remaining pieces of armor.

It took a few moments for Takanuva to recover his wits. He lifted his head from the sand. Beyond the newly formed crater, he spotted a yellow-armored Rahkshi snatching up one of the armor pieces.

“Then I think we have a problem.”

Hundreds of yards away, Gresh had used a controlled cyclone to send a half dozen Rahkshi flying. He was about to go to Ackar’s aid when something struck the ground just in front of him. He whirled about, thinking it was another attack, but no enemy was near.

Glancing down, he saw the missile had been a piece of golden armor, now half-buried in the sand. Gresh reached down and picked it up.

What is this? Where did it come from?

There wasn’t time to puzzle it out. A Skakdi warrior with a twin-bladed axe was charging toward him. Gresh tucked the piece of armor in his pack. There would be spare moments to worry about it when this battle was over.

Nektann smiled as his Glatorian foe fell. These desert dwellers were good fighters, it was true, but no match for a Skakdi warlord.

He was already considering which portion of this pile of sand he would ask to rule when the war was won. It did not look like a very appealing place, though it was not much worse than his native island of Zakaz. Still, he hoped there was some other region, perhaps to the north, with a few more obvious resources. Conquest was great fun, but conquest with no water for miles was not.

Not far away, a Rahkshi was losing a fight with a warrior and two villagers. Nektann’s first instinct was to let the armored creature die. More than a few Skakdi had perished over the years at the hands of Rahkshi. Then he reminded himself that he had agreed to an alliance with the loathsome things. It wouldn’t do to anger Makuta by not honoring his agreements.

Batting aside an Agori who tried to stop him, Nektann started for the embattled Rahkshi. He was halfway there when he stumbled over something. Looking down, he saw it was a piece of golden armor, no doubt all that remained of one of the fools opposing Makuta’s army. Nektann scooped it up – it would be of no further use to its former owner, after all, and perhaps it would be worth something. This battle was going to be too short for his taste, it seemed, so he might as well get some loot to make the whole thing worthwhile.

Towering above the fight, Mata Nui and Makuta were glowing like stars as they expended all their energy in their own personal struggle. Mata Nui had managed to do some additional damage, but the fight was clearly not going his way. Makuta had the advantages of size, strength, greater energy reserves, and sheer brutality. It was only his righteous anger and his knowledge of what would happen if he fell that kept Mata Nui on his feet.

“I don’t know what that light show was about,” said Makuta, as he forced Mata Nui back. “Did you hope to light the way for your Toa across the sands? Oh, yes, I saw them pursuing my Rahkshi. Gali and Pohatu have already devastated half a legion. I really must make an example of those two.”

“You thought you could slaughter the inhabitants of this planet,” Mata Nui spat. “But they won’t surrender to you, any more than the Matoran or Toa did.”

“And look how well that worked out for them,” Makuta said, landing a solid blow and cracking Mata Nui’s chest armor.

Mata Nui fired a bolt of pure power, striking the same spot he had before. Makuta growled as he felt circuits fuse. His readouts indicated a molten protodermis pipeline had been severed inside him, causing cascading failures in his systems. Visorak spiders had already been dispatched to try to contain the damage.

“You rely too much on the bravery and spirit of your followers, brother,” Makuta said, his voice heavy with menace. “Even here, on your adopted world, you gathered starry-eyed fools around you who think you can save them.”

Makuta lowered his right arm, palm pointed toward the site of the battle below. Mata Nui could see energies gathering around his hand, but not the sort of power he had been hurling up to now. No, this was something worse, something fundamental in nature and terrifying in its potential for destruction.

Makuta’s red eyes gleamed with triumph. “You know, don’t you? A single blast of gravitic power and this planet will fold in on itself, destroying everything and everyone on it. I will survive… perhaps you might as well… but everyone else will be a memory.”

“You can’t do that! The consequences–”

“I stopped caring about consequences long ago,” Makuta answered. “Those sorts of worries are for the weak, and I am strong, Mata Nui. By right of power, I claimed your universe – and now I claim this one, starting here and now!”

Energy erupted in waves from Makuta’s gauntlet, a planet-killing force that could not be stopped…